Ab-Soul Credits His Extensive Vocabulary To His Mom, Speaks On Alori Joh

While stopping through New York City this week Ab-Soul, the “Human Dictionary” of TDE, spoke with Fader about the nickname and what prompted it. The rapper went on to attribute his extensive vocabulary to his mother reading to him as a child and being an observant person.

“I honestly think it really started just from my mom reading to me as a baby,” said Ab-Soul. “It started there. Charlie Brown, Dr. Seuss books. And from there I developed a very – I learned how to read very well very young. Since then I’ve just been a sponge. I just listen very well. I mean I don’t really read a lot of books like that. I’ve read a few great books, but I’m really just a listener you know what I mean? A thinker, I think for myself. Observant more so than just reading literature.”

During his interview with Fader, Ab-Soul also spoke on the recent death of his friend and singer Alori Joh. Alori Joh appeared on numerous songs with both Kendrick Lamar and Ab-Soul and is also featured on Ab-Soul’s Control System.

“I was actually pretty much done with the project before that happened. Luckily for me and all of us cause I definitely don’t think I would have been able to put it out in the time that I did,” Ab-Soul explained. “It was difficult. It’s still very difficult. She helps me out with all of my projects. It’s a very difficult thing to get over but at the same time this is what we’ve been – we, me and her, were working on for the majority of the time I’ve known her. She was one of my biggest supporters so I feel like I owe her and I owe everybody else that’s taken a liking to what we’re doing.”

Ab-Soul’s most recent project Control System was released on May 11th. 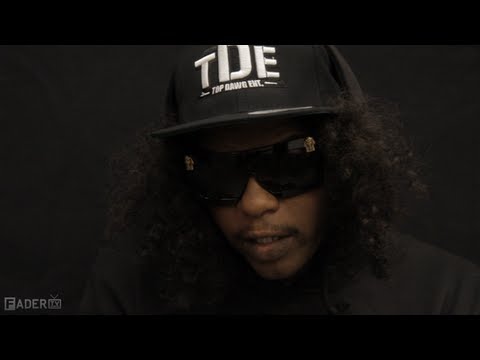