M-Dot has announced the dates for his upcoming “Layer Cake Tour,” which takes him overseas.

The European portion of the trek kicks off at Orebro, Sweden’s Rockbare on May 25th. Stops on the tour include Vasteras, Sweden, Annency, France and Zurich, Switzerland. On select dates, he will perform with Slaughterhouse, Saigon and El Da Sensei.

Check the official tour dates and flier below. 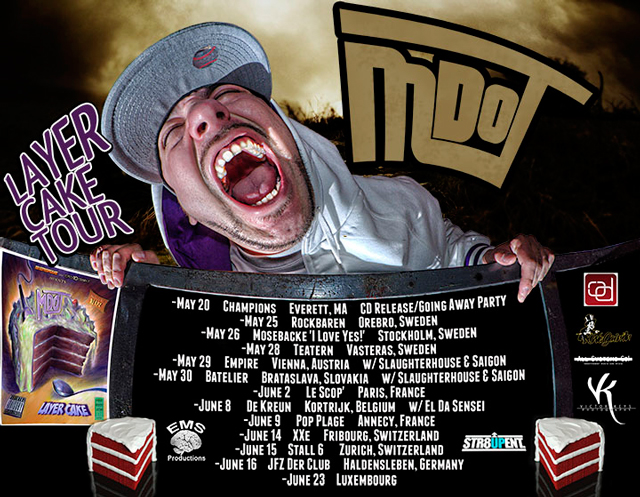