Those privy to see Big K.R.I.T. perform at the Shady 2.0 Showcase in Austin, Texas for South By Southwest may have wondered exactly what Sway and Devi Dev were up to when they mentioned a “secret announcement” after K.R.I.T.’s performance. After refusing to reveal the secret onstage, a video clip filmed in Austin reveals that the news was most likely a collaboration between the Meridian, Mississippi emcee and iconic Blues artist B.B. King.

“When I was working on this record, I was thinking, ‘Who could I get to get on this project…this song that would be so monumental?’” K.R.I.T. explained. While he was initially skeptical about getting King on his album, he was successful in getting it to happen.

Additionally, K.R.I.T. revealed that his retail debut, Live From The Underground, has been slated for a June 5 release via Def Jam. Music aside, the pair also had a chance to converse, and K.R.I.T. said King is definitely a fan of Hip Hop.

“We was chillin’,” K.R.I.T. said. “He was just telling me about his tour experiences and just music…he actually liked the song, and when I told him I was from Mississippi he was even more excited. We got in there, and he started playing on Lucille the guitar. And he played on the record too. It was surreal.”

Check out the full clip below, via Sway’s Universe. 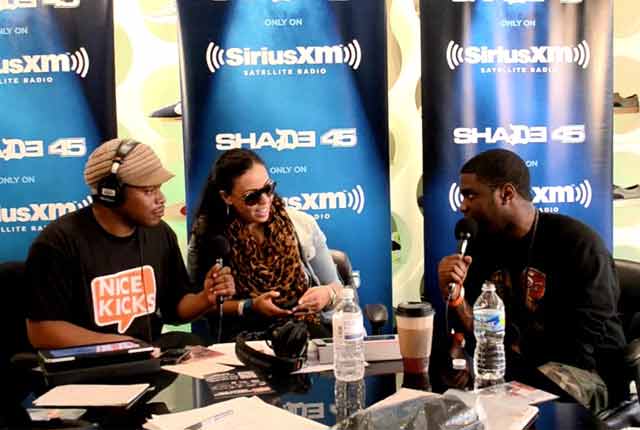