Bow Wow recently spoke with Tim Westwood regarding his favorite producer and had the chance to explain the story behind the “Stay Schemin'” beat. While “Stay Schemin’” is a Rick Ross track, Bow says he had the instrumental before the MMG boss.

“Jahlil [Beats], hands down right now,” he said when asked about “the hottest producers right now.” This also gave him the chance to explain the story of how “Stay Schemin'” became a Ross beat.

“[Jahlil’s] little brother, The Beat Bully, is the dude who did ‘Schemin’,’ which is crazy because if you look on the blog on YouTube, I had the ‘Schemin” beat first. A lot of people don’t know that. Yeah, me and Meek [Mill] was working on it in the studio. I just used the beat just for the webisode series, just to play while me and Meek was in the studio.”

After using it for the webisode, The Beat Bully’s instrumental landed with Ross, which Bow Wow was surprised about.

“I don’t know how it reached back to Ross and them but as soon as I heard it, I just went like this [putting hands on his head]. I called him. I said, ‘Yo, you gave that beat to Ross?’ He was like, ‘I didn’t know if you was gonna use it. I thought you just used it for this…’ It happens.” 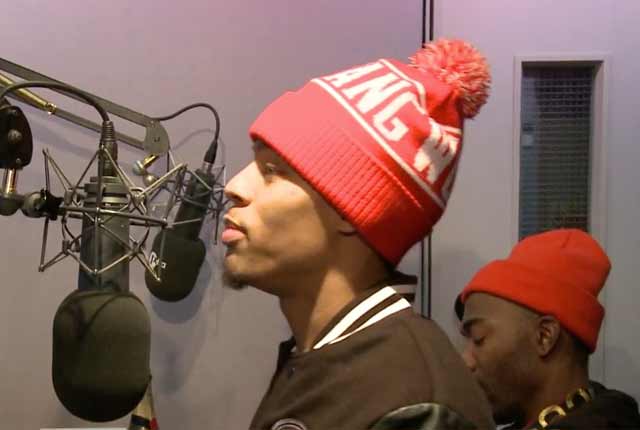