Fan Jumps On Stage To Call Out Blu During Performance

Though most fans jump on stage because they want a chance to meet their idols, one fan did so because he’s displeased.

In a video of a Blu and Exile show in San Francisco, a fan jumped on stage after criticizing Blu for “not rippin’ it right.”

The fan was met not only with boos from the crowd, but Exile, who promptly told the fan to “get the fuck off the stage.”

Though the crowd seemed to largely be on Blu’s side, there may have been something to the fan’s criticism.

The poster of the YouTube video writes in their description: “While I don’t agree with the fan jumping on stage, I think the dude was right with Blu putting on a weak show. He was wasted, forgetting his lines, mumbling, and literally leaning on the mic stand for balance in the corner the entire show. Such a shame when the dude is obviously so talented, getting that trashed where he can’t put on a decent show. Let’s hope he gets his thing together…”

The video appears to at least support the accusations, as Blu goes into a rather subdued performance after the fan’s removal: 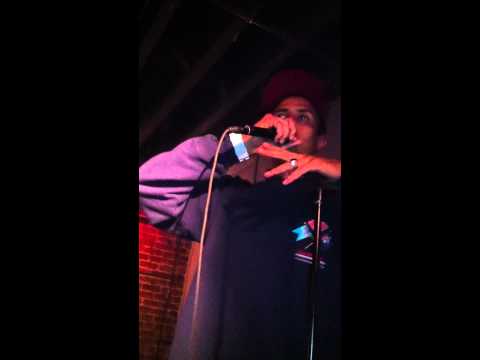 RELATED: Blu & Exile Release Full Stream Of New Album “give me my flowers while i can smell them”