Yesterday, poet Maya Angelou expressed regret over appearing on Common’s “The Dreamer” after learning that he used the N-word on the cut. During an interview with Hot 97’s Angie Martinez, he said that he spoke with Angelou and that they agreed to disagree, but that there is no bad blood.

Martinez said that he must have had to humble himself in the situation. He said that he did, but that he accepts her criticism and that she is going to make a statement on her prior comments.

“You just gotta take it. But that’s like my mother, but I got nothing but love. She’s actually supposed to make a statement today, letting people know,” he continued, “It’s a great thing, because she knows that sometimes, writers coming from different angles can separate good people. And it’s like, nah, that ain’t happening. We ain’t gonna let you separate us.”

RELATED: Maya Angelou Criticizes Common’s Use Of The N-Word 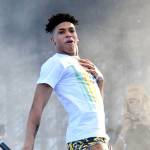