Tyga Performs "Still Got It" On "Sway In The Morning," Clarifies Jay-Z Jab At VMAs During the MTV Video Music Awards this year, Tyga and Birdman were sitting near Jay-Z, who had referred to the latter’s cash flow as “baby money” on “H.A.M.”

Tyga took to Twitter to poke fun at the situation, fueling speculation that he was tossing a barb at Hov.

Speaking with Shade 45’s Sway in the Morning, the Young Money rapper clarified what he meant. “I think what I said was Birdman’s sitting next to me and Jay-Z’s right here. Birdman’s talking about baby money. I thought it was funny,” he said. “But like nobody said nothing. I remember I left and nobody said anything to anybody. Kanye said what up to me, Big Sean said what up, Kid CuDi said what up. But nobody else said anything.”

He said that if Young Money went to war, he’s “right there,” but that he doesn’t have any beef with anyone. “I’m a fan of everybody. I just thought it was funny because you don’t see stuff like that. That doesn’t happen like that.”

Watch the interview clip below, where he also performs “Still Got It.” 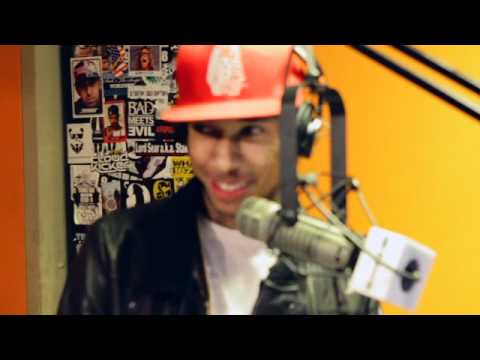