Common Releases Preview Stream Of "The Dreamer, The Believer" In anticipation of Common’s The Dreamer, The Believer, the tracklist has been revealed for the album, due December 20th.

The final tracklist, revealed on No I.D.’s Instagram page, features guest appearances from Maya Angelou on “The Dreamer,” Nas on “Ghetto Dreams”

and his G.O.O.D. Music peer John Legend on “The Believer.”

Check the full tracklist below (via RR). 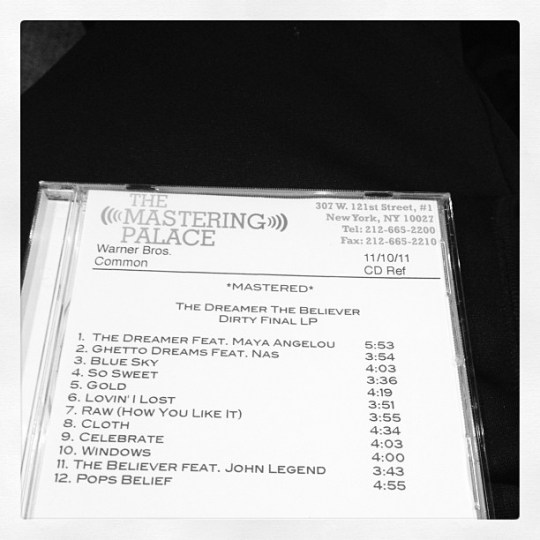 UPDATE: Common has revealed the cover art for his upcoming album, The Dreamer, The Believer (via Complex).

UPDATE #2: Common has released a full preview/stream of his upcoming album The Dreamer, The Believer (via 2DB).

RELATED: Common Speaks On Working Relationship With No I.D., Previews “The Dreamer, The Believer”