Young Jeezy kicked off the 2011 BET Hip Hop Awards on Tuesday night, bringing along special guest T.I. Dressed in all white and with flames exploding in the backdrop, Jeezy performed his new track, “F.A.M.E.”

As a surprise for viewers, T.I. also joined the stage to accompany Jeezy on the track, as well as to perform his Big K.R.I.T. produced single, “I’m Flexin.'”

The performance is his first since his release from prison late last month. T.I. recently talked about his bittersweet relationship with the B.E.T. Hip Hop Awards, as he was arrested on gun charges in 2007 just four hours before the show was set to begin, joking that he had a “Love-Hate” relationship with the awards show. The Atlanta crowd, however welcomed him warmly as he took to the stage.

Both artists had not been nominated for awards during the ceremony as they have been relatively inactive, however Jeezy expects to release his fourth solo studio album by the end of the year. 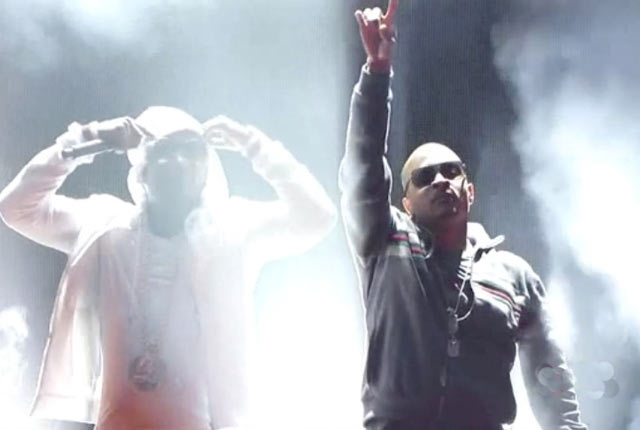