Rumors have been swirling that Emilio Rojas is on his way to signing with Rick Ross’ Maybach Music Group, but he claims that there’s nothing official to announce. Speaking with MinaSayWhat, the Rochester, New York native said that he’s connected with the crew but that nothing is set in stone.

“Ross is like the big bro. I’ve been building with him and Spiff and Sam Sneak and them. Just stay tuned. That’s the fam, that’s it,” he said. “I’m dead nice. With rap, I’m nice. I can rap. But everyone else on MMG can rap, too.”

Rojas addressed what he would bring to the table if he were to sign with MMG, explaining that he is able to go in certain directions that other artists cannot.

“There are directions that you could take me that you couldn’t necessarily take a lot of artists on the come up. Not just even referring to MMG, but any team that I would be a part of or any label that would be lucky enough to have me,” he joked. “There are directions that you could take me that a lot of people can’t. Like, I can rap. I’m nice. A lot of cats that are making the hit records aren’t that nice, but I’m dead nice. And, I can make the crossover records. I feel like you could put me on a record with a big pop hook and I could still rap my ass off. There isn’t that middle ground most often. I may not be the best of both worlds, but I’m up there. I’m in the top bracket.”

Watch the full interview below, where he also speaks on being a “political” rapper, his origins and more. 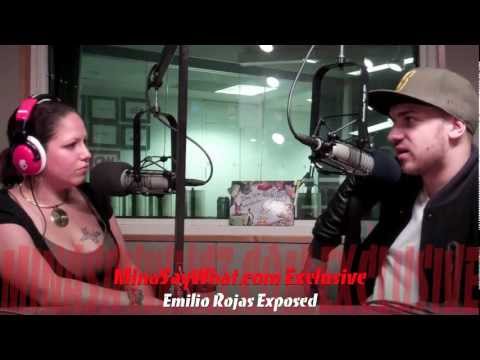