Soulja Boy may arguably be one of the most divisive personalities in Hip Hop. On one hand, he’s praised by the Wall Street Journal for his business savvy and use of social media. On the other hand, some critics say his music lacks substance and can be repetitive to say the least. But in his upcoming documentary, Soulja Boy: The Movie, the Atlanta upstart found a fellow artist who endorsed his methods.

“A lot of people don’t understand that this young man’s struggle is my struggle,” Snoop Dogg explained. “When he went and laid his records, and made is name and did what he had to do—that’s the same struggle that I went through. It’s all about bridging the gap and showing love. Old generation and new generation, let’s break them ways and respect music.”

Earlier in his career, Snoop also found himself a target for self-appointed community leaders such as C. Delores Tucker. He linked his experiences to Soulja Boy’s by adding that upcoming generations make music for their peers and said, “Couldn’t nobody old tell us shit.”

Perhaps in hopes of getting more of his detractors to make the same correlation Snoop Dogg did, Soulja Boy teamed with director Peter Spirer to show people the man behind the music so many people are divided on. Spirer has previously directed the original Beef documentary as well as Tupac Shakur: Thug Angel and Notorious B.I.G.: Bigger Than Life. Soulja Boy: The Movie is available at select retailers and via digital download beginning October 18. 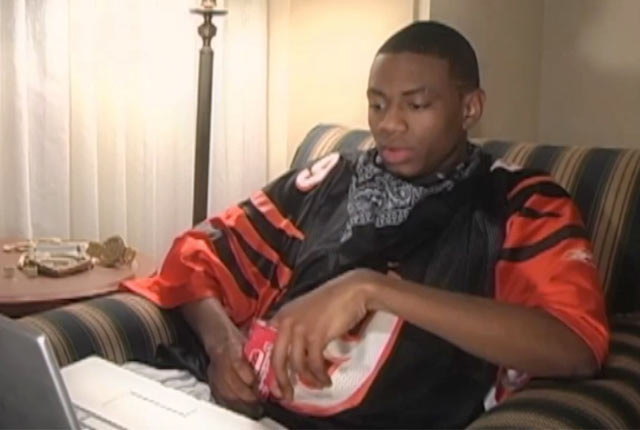