Less than a month after EA Sports released the 2012 edition of its super successful Madden NFL series, the gaming giant has launched a new version of FIFA 12. The game incorporates features geared towards delivering “real-world physicality,” precision dribbling, and heightened intelligence for CPU players.

In celebration of the release, EA Sports has created a VIP kit which includes Beats By Dr. Dre Headphones, an engraved iPad, a PSP, a golden soccer ball, and the game itself. The kit was sent to several Hip Hop artists including Lil Wayne, Drake, Wiz Khalifa and those in the sporting world like Kobe Bryant, Ocho Cinco, and Chris Paul. Fans will be able to win one of the VIP kits at the EA Insider Facebook Page.

FIFA 12 was released this past Tuesday and will acquire additional features in the upcoming months.

Check out the Kit 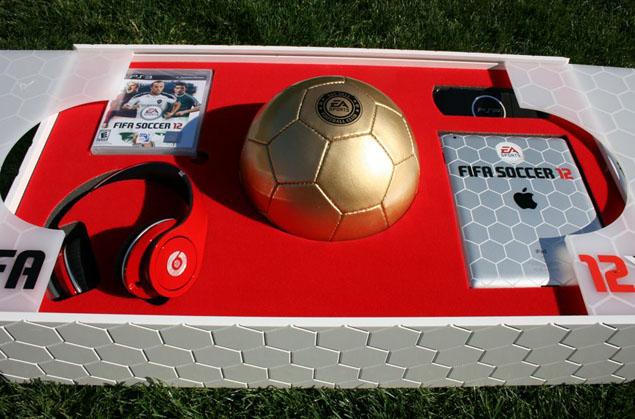