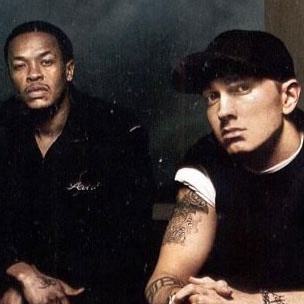 The Up In Smoke Tour was one of the biggest events in Hip Hop during the year 2000, leaving many fans with very fond memories of performances by the all-star lineup which included Dr. Dre, Eminem, Snoop Dogg, and Ice Cube. But for a few Detroit police officers the tour’s stop in their city, at Joe Louis Arena, was memorable for another reason.

On that night 3 officers, Gary Brown, Paula Bridges, and Greg Bowens, were filmed informing promoters that a video containing nudity and graphic violence which was intended to be played behind performers was not allowed to be shown. Brown claims that the promoters told the police there conversation would be private. But upon viewing a DVD chronicling the show, the presciently titled Detroit Controversy, the officer was surprised at what he saw – video of his conversation with promoters. This, Brown contends, was a violation of his privacy and a crime and he also did not appreciate the content of the DVD. He is quoted as saying, “They recorded the footage of the meeting and used it on this gangster rap DVD. It’s vile and it’s got everything that you would not want your child to see on it.” So Brown, Bridges, and Bowens filed suit and now the case has risen all the way to the Michigan Supreme Court.

The promoters’ attorney, Herschel Fink, told ClickonDetroit.com that he doesn’t believe that there was any violation of privacy and that the cameras were in full view of the officers during the conversation. He goes on to say, “Law enforcement cannot have an objectively reasonable expectation of privacy, even if they believe subjectively that they are doing what they’re doing in private.” Arguments are planned to begin tomorrow, January 19th.