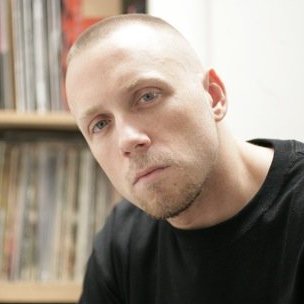 DJ Revolution made is name as a producer, deejay, film composer, and on-air deejay for the radio and MTV program “The Wake Up Show with Tech and Sway.” But his most recent project sees him returning to his first love, Hip Hop. Malcolm & Martin is the politically charged name of Revolution’s new group which features the talents of Styliztik Jones and KB Imean.

Having already released a mixtape back in November, the BDP indebted Malcolm & Martin Were… Criminal Minded, the group is now focused on the release of its debut full length. The album, titled DJ Revolution Presents Malcolm and Martin: Life Doesn’t Frighten Me, was made with lofty ambitions as Revolution, who produced all but one of the record’s tracks, puts it, “It’s a progressive throwback.  It’s Hip-Hop music for the intelligent listener. Something you’ve never heard before, that feels like something you have loved your whole life.”

The album, due out February 1st, is already garnering praise from such respected names as DJ Premier, Masta Ace, Statik Selektah, and King Tech.