Although he’s giving out weekly free songs via G.O.O.D Fridays, Chicago Hip Hop superstar Kanye West has kept a number of things mysterious about next month’s My Beautiful Dark Twisted Fantasy. The Def Jam artist’s fifth album may be coming November 22, 2010, but it was unclear what the art-inspired rapper’s cover would look like.

Today, West tweeted what it will not look like. Kanye’s intended cover featured a painting of what is believed to be a naked woman sitting on a naked man’s lap. West indicated that the man, who is also holding a bottle, is supposed to be him. The woman, he called his “phoenix.”

The cover is below: 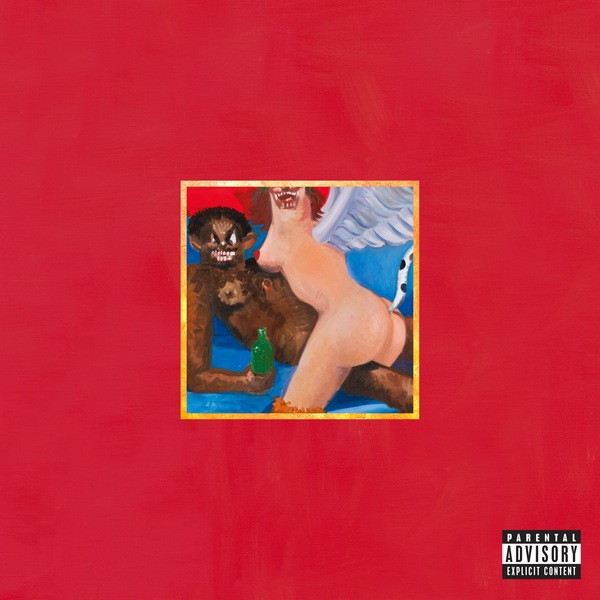 With West’s label presumingly banning the cover, the rapper criticized retailers that would deem the content unsuitable, specifically Wal-Mart.

West also pointed to the popularity of nudity on album covers in the 1970s. Artists including John Lennon & Yoko Ono, Red Hot Chili Peppers, Nirvana, The Scorpions and David Bowie have all used nudity or overly sexual themes on cover art.

In all honesty … I really don’t be thinking about Wal-Mart when I make my music or album covers #Kanyeshrug!less than a minute ago via webKanye West
kanyewest

UPDATE: Less than a day after West tweeted the art, The Los Angeles Times‘ music column “Pop & Hiss” spoke with a Def Jam employee close to this project. The person, who asked to remain anonymous for the sake of keeping their job revealed that Def Jam Records may have been willing to release My Beautiful Dark Twisted Fantasy with the art.

The article reveals how West may have had the ultimate choice in whether to release with or without the cover. Read the The Los Angeles Times’ “Pop & Hiss” article here.