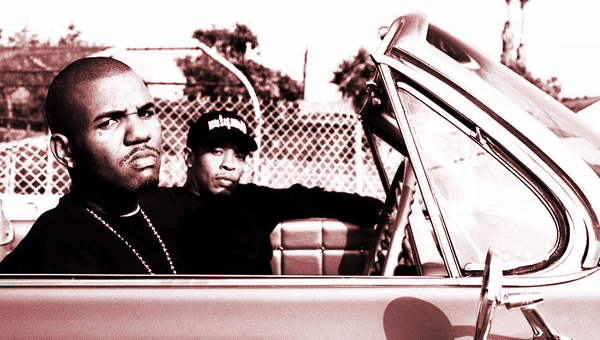 When Game made his 2004 debut The Documentary, revered by many as a classic album, the Compton, California emcee told the now defunct Elemental magazine that he wrote the album listening to Jay-Z‘s Reasonable Doubt, Dr. Dre’s The Chronic, Nas‘ Illmatic and albums from Snoop Dogg, Kool G. Rap and Notorious B.I.G. These albums were reportedly a recovery gift from brother, Big Fase 100, as Game laid in a hospital bed from near-fatal gunshot wounds.

Speaking with HipHopDX Tuesday evening, the Aftermath rapper was asked what music he’s listening to this go-round, as Game records his fourth major label album, R.E.D. He cited several artists who have yet to release an LP as some of his favorite emcees of the moment.

“My favorite emcee right now, in the world, is Jay Electronica. I like what he got to say. I think he’s dope, and there’s a reason for that. ‘Cause he’s older and he’s polished, and he’s been doin’ it for a while now. That’s definitely the emcee that I’m ridin’ to the most. Anything he drop, I’m downloading it, throwin’ it in the whip, and it’s on.” Game also mentioned two younger emcees, leading the new class charge. “I like J. Cole, man. He’s pretty dope. Drake, of course, is on everybody’s radar, man. The kid, he’s nice. Other than that, underground shit. I’m always lookin’ – not to sign, but just lookin’ for who’s next, on a fan-level. I’m tryin’ to keep Hip Hop goin’, if only in my whip.”

With such an awareness of the musical goings-on in Rap, Game was asked if he actively pays attention to weekly store shelves from a fan’s perspective. “The shit that’s hittin’ the shelves every Tuesday, that ain’t shit, man. I think the classic albums are the ones that we wait on, and the ones that you look forward to. There’s always people who have given you classic albums before, and they’re the ones that don’t let you down.”

As an established emcee embracing the trends and new voices of the culture, Game explained, “Hip Hop is Hip Hop. We all coexist – the dope rappers with the wack ones. The new kids with the skinny jeans and the niggas with the hoodies, we all in it together. I’ve learned in the last year or so, to not hate any aspect of Hip Hop. To embrace it all. Every time Hip Hop changes – ’cause it’s multi-faceted, change with it, but don’t lose yaself. You’ll find yourself running into less problems and frustrations in your own career.”