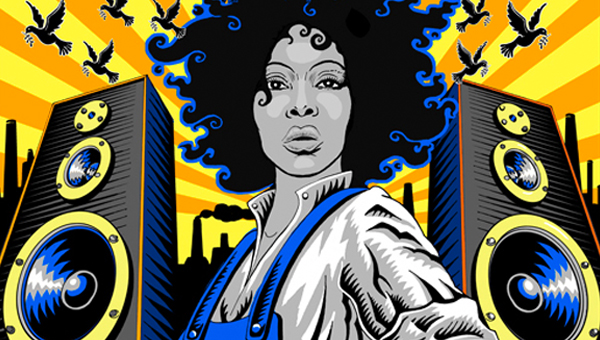 Recent controversy surrounding Erykah Badu’s “Window Seat” music video has taken a turn for the worse. The neo soul singer now faces charges of disorderly conduct for baring it all during the March 13 video shoot in downtown Dallas.

During the performance, Badu walked along the sidewalk of the historic Dealey Plaza, shedding her clothes until she was nude. Filmed during the day where children and families were present, the artist continued to act out a death scene where a shot rang out, resulting in a fatal gunshot to the head at the same location where President John F. Kennedy was assassinated.

A witness, Ida Espinsoa, who was on location with her young daughter, came forward to police and gave a sworn statement. “She was exposed to a level of indecency that most children shouldn’t be exposed to,” according to Dallas’ Fox 4 News.

Dallas Police Sgt. Warren Mitchell held a press conference Friday announcing the charges against Badu. “Having a fact witness that was there is what let us file the charges,” Mitchell said. “After much discussion, we feel that these charges best fit her conduct. She disrobed in a public place without regard to individuals and small children who were close by.”

Earlier in the week, Badu spoke about the video to Dallas News online, commenting “It was a protest to awaken the term called ‘groupthink’,” she continued, “It’s the recognition of a state of being for humans… and when I fall to the ground in the video, the word groupthink spills out of my head, because I was assassinated by groupthink.”

Since being hit with misdemeanor, Badu updated her Twitter feed with “the garment of any leader is his people. when stripped of his people his message is lost. 1 DOLLAR FOR EVERY NEW AMERYKAH PRODUCT SOLD AT GOOD RECORDS TOMORROW WILL GO TOWARD MY BAIL MONEY. THANK YOU. (kidding)but im just saying. charged on good friday… return of the ankh.”

“Window Seat” is the first single to be released from Badu’s New Amerykah Part Two (Return of the Ankh) which dropped March 30 on Universal Motown.

Badu will have the option to fight the charge of disorderly conduct or pay a fine of up to $500.