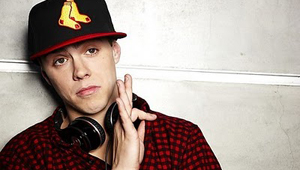 After debuting #1 last week on the iTunes Hip Hop chart with his newly-released Boston’s Boy EP, budding emcee Sam Adams was accused of buying $75,000 worth of his own music on a credit card.

The 22-year-old, who according to The Boston Phoenix recorded his first song seven months ago, explained in a statement that his recent success is due to word of mouth and not self-bought promotion. “I know there has been a considerable amount of controversy about my album release and hitting #1 on the iTunes Hip Hop charts, and in response I’d like to say that the numbers are legit.”

Attaching an excel sheet that contained over 65,000 different purchases of his music, he added, “They were organic purchases by fans who simply liked the music to purchase. It’s as simple as that really; if something in the marketplace is great and word of mouth spreads about it, purchase is bound to happen.”

Deejay/radio personality Mr. Peter Parker has come to Adams’ side, describing the recent backlash as envy rather than fact. “Everybody is pissed the fuck off because Sam Adams is blowing up and they’re not. The bottom line is that he found his fan base, and now he’s riding it as far as he can.”

Agreeing with Parker’s sentiment, Adams stated, “In this day and age where numbers are tracked, I’m shocked people would accuse me of buying my own records. Sometimes people don’t want others to succeed.”