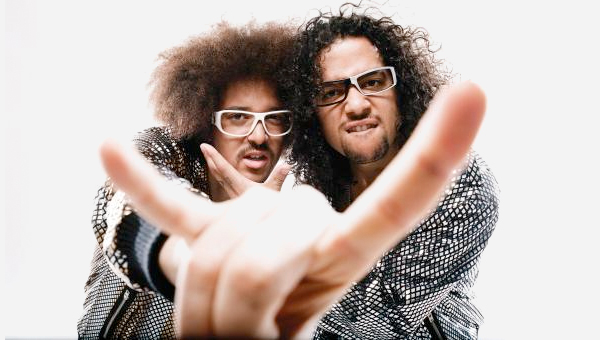 Last week, former presidential hopeful Mitt Romney made headlines after finding himself in the middle of a physical altercation with an unidentified passenger on an airplane. Now, rapper Blu Sky of the Grammy-nominated group LMFAO has stepped forward to admit that he was that unnamed passenger.

According to Sky, who is the nephew of Motown Founder Berry Gordy, the quarrel began when Romney demanded that the rapper raise his reclined seat before takeoff. The 62 year-old politician allegedly grabbed Sky by the shoulder in a “vulcan grip,” to which he claims to have responded by shaking the man’s hand off. “I just wanted the man not to touch me, that’s it,” Sky said in a web video days later. The artist was not arrested, but was escorted off of the plane and put onto a different flight.

Apparently, neither party knew of the other’s celebrity prior to the incident. It was not until hearing about it on the news, did both members of the party/rock group realize that the man on the plane was politician Mitt Romney.

LMFAO recently worked with Lil Jon on their third single “Shots,” and have collaborated with the Black Eyed Peas and Pitbull. Their debut album Party Rock, released last year on Interscope Records.