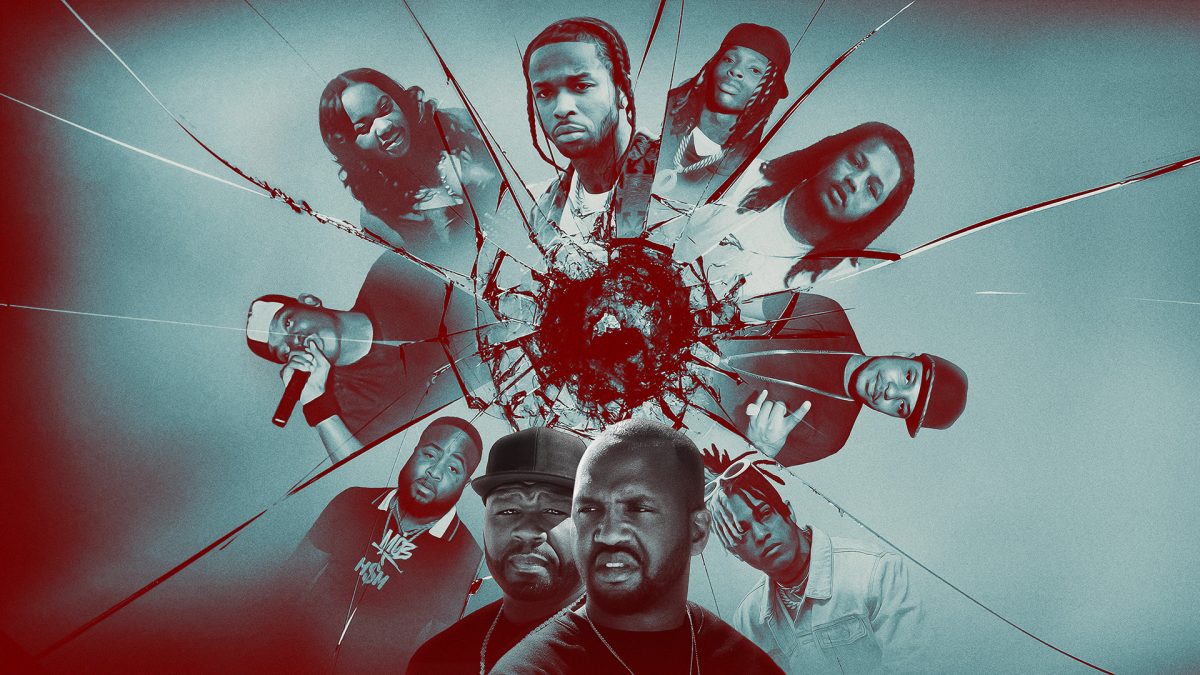 Takeoff’s tragic death earlier this week underscores the violence that continues to plague the Hip Hop community, but one of the brains behind Hip Hop Homicides hopes the forthcoming series will help curb this alarming trend.

Hosted by Van Lathan and executive produced by 50 Cent and Mona Scott-Young, Hip Hop Homicides investigates the staggering number of murders in rap, seeking to uncover the truth behind the tragic and untimely deaths of stars like Pop Smoke, XXXTENTACTION and King Von.

More than just your average true-crime series, Hip Hop Homicides takes a “big picture” look at the epidemic of violence in Hip Hop by examining how factors like race, class, crime and policing played a part in these shocking killings.

Ahead of its premiere on Thursday (November 3), Hip Hop Homicides showrunner and executive producer P. Frank Williams spoke with HipHopDX about the inspiration behind the hard-hitting series, as well as his ambitions for the show.

“Executive producing this series was truly a labor of love,” he said. “Often times, the families and friends of these victims are hesitant to talk about these incidents for a myriad of reasons.

“But the Hip Hop Homicides team was determined to make sure that we gave them a proper investigation to help fans learn more about what really happened and to also get closure for their families.”

He added: “The recent murders of rappers PnB Rock and Takeoff from the Migos is earth-shattering and sad. The crisis in Hip Hop culture is very real. Rappers, who were once celebrated, seem to have a target on their backs nowadays. We keep asking: When will it stop?

“Hip Hop Homicides hopes to be conversation starter so that we discuss and then provide solutions to stop the violence.”

P. Frank Williams is no stranger to investigating deaths in Hip Hop. An award-winning journalist and film/TV producer, the Oakland, California native covered the still-unsolved murders of 2Pac and Biggie for publications like The Source and the Los Angeles Times in the 1990s.

“As a journalist and producer who covered the murders of Tupac Shakur and The Notorious B.I.G., it’s very troubling to still be covering killings in the culture in 2022,” he said. “Mainstream media too often portray them as thugs and gangsters.

“But like it was in the mid 1990s, my goal was to humanize these artists and show a three-dimensional portrait of them as fathers, friends, sons, daughters and members of their community.”

Episode one of Hip Hop Homicides — airing Thursday at 9 p.m. ET on WE tv — puts Pop Smoke’s February 2020 murder under the microscope, complete with interviews with 50 Cent and Fivio Foreign.

The Brooklyn rapper was fatally shot during a botched robbery in the Hollywood Hills, but there may be more to the case as “the scene lacked the usual signs of forced entry and ransacking associated with those crimes,” according to the episode description.

Other guests throughout the eight-episode series include French Montana, Juvenile, Mannie Fresh and Vic Mensa, who each share valuable insight into the deaths of their close friends and collaborators in the rap game.

New episodes of Hip Hop Homicides will air every Thursday at 9 p.m. ET on WE tv, before being available to stream on AMC’s ALLBLK the following Monday.