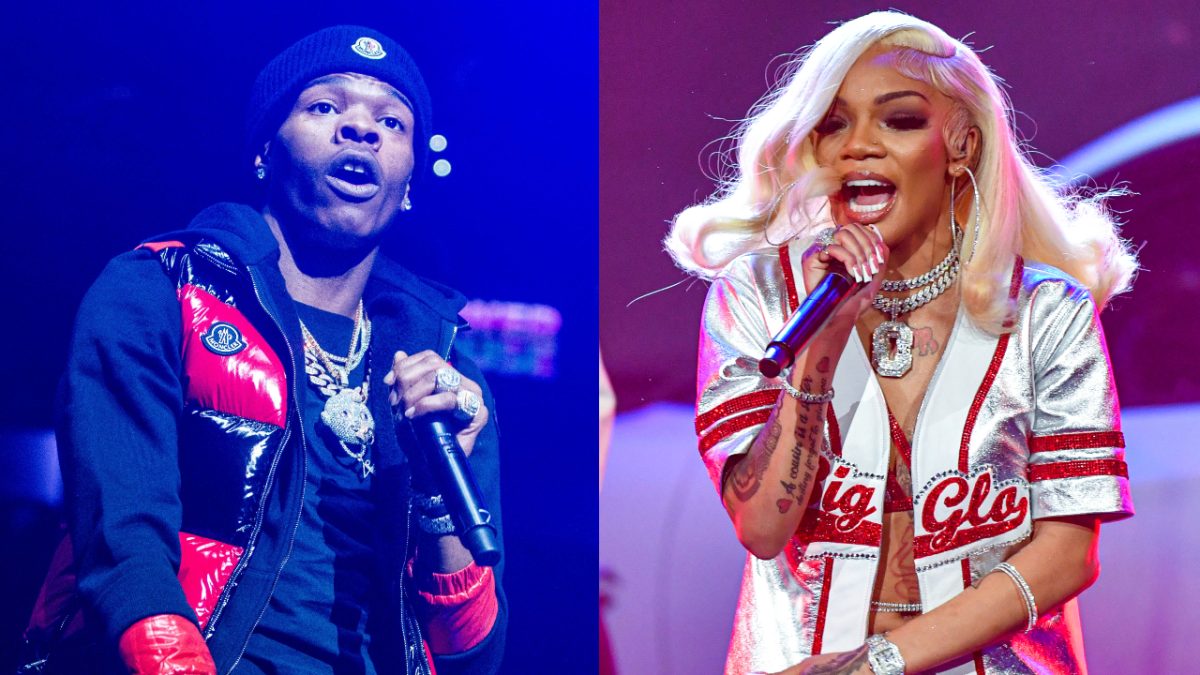 GloRilla has taught Lil Baby the moves to her viral “Tomorrow” dance.

The pair connected backstage and Lil Baby seemed unsure as he mimicked the steps to GloRilla’s dance, but the CMG rapper encouraged him nonetheless as he got the hang of it.

The link up comes after GloRilla gave her “Tomorrow 2” single with Cardi B the visual treatment last month. The single has exploded in popularity thanks in part to the viral dance and Cardi’s co-sign, and the track currently has over 22 million streams on Spotify.

GloRilla initially broke out with her hit “F.N.F (Let’s Go),” but earlier this month encountered legal issues with the song’s producer, Hitkidd.

The producer scolded GloRilla on Twitter after the Memphis rapper and her team allegedly tried to obtain ownership of the track.

“So basically these folks are trying to take me to court over ‘FNF’ because they want to OWN the song, BUT they want to own the song to put it on this EP which both parties knew,” Hitkidd wrote. “So tell me how you gone PUT ‘FNF’ in your contract without telling me, AFTER…

“I told you & your MANAGER everyday that we was in LA with Saweetie, that labels are going to try to sign you because of FNF so watch out. I also told you to let me know when labels reach out so we can be on the same page, but you still went and signed my song without telling me.”

He added: “I did my best to protect you and the girls. This is only a portion of what I’ve been through. I’m bringing light to this before word get out like I’m the bad guy. I’m a stand up guy and I stand on business and morals.”

GloRilla responded on Facebook and said Hitkidd was just “salty” because she ended up signing with Yo Gotti’s CMG collective and not to his label.

“N-ggas been salty every since ian sign to Dey label to be a group for $0 smh,” she wrote along with multiple crying face emojis.

GloRilla added that HitKidd sold the song for $50,000 before it went viral.

“One more thing before I log out N-GGA YOU SIGNED DA SONG AWAY THE FIRST WEEK( WITHOUT ME KNOWING) FOR 50k BECAUSE YOU DIDNT KNOW HOW BIG IT WAS GONE BE !!!!! SHOULD I KEEP GOING ??????” she asked.

As for Lil Baby, he’s been hard at work promoting his long-awaited fourth studio album It’s Only Me, which made Billboard history earlier this month when all 23 tracks from the album simultaneously charted on the Billboard Hot 100 along with two others.

This achievement makes Lil Baby the youngest artist to ever snag 25 spots on the Hot 100. He’s also solely the third artist to ever achieve such a feat following partly behind Drake, whose 27-track double album Scorpion charted in its entirety back in 2018.

It’s Only Me also debuted at No. 1 on the Billboard 200, moving 216,000 equivalent album units, the biggest first-week sales of his career so far.