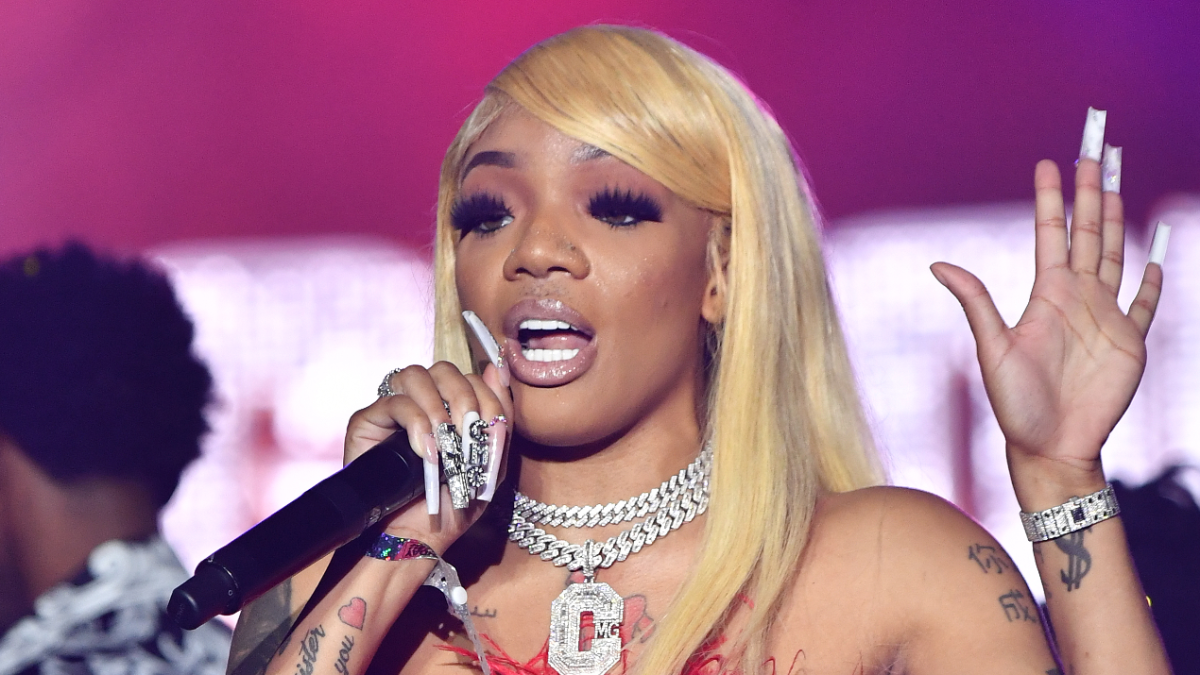 GloRilla has had to clear the air after an Arkansas DJ spread rumors claiming she wanted to work with him.

DJ Chambers recently hopped on Facebook to inform his followers know that Big Glo allegedly reached out to him to get some work done. According to Chambers, Glo told him to pack his bags and get on a flight.

“So GloRilla just called me and told me to pack my bags,” the DJ wrote. “It’s time to turn my state up one more time.”

Shortly after Chambers shared that Facebook post, GloRilla hopped into the comments section to call cap on his statement.

“What are your talking about,” she replied. “Ian said shit like dat.”

With GloRilla’s stock continuing to rise by the day, there’s more room for people to try to latch on to her success to boost themselves.

“The same song they was clowning me & my friends about saying we was Ugly & Dusty just got nominated for a Grammy,” Glo wrote on Twitter while celebrating her nomination. “WHEN GOD IS ON YOUR SIDE YOU CANNOT FAIL. BUT GOD.”

GloRilla Warns Women Not To Fall For Guys In the Club: 'He Looking For Hoes!'

If that weren’t enough, the “Tomorrow 2” rapper is also getting ready to embark on first headlining tour next year. The nationwide trek will kick off on January 27 in Charlotte, North Carolina and will make stops in Houston, Chicago, Atlanta, Las Vegas, New York City and more before wrapping up in Washington D.C., on February 25.

“SO EXCITED!! I’m going on my VERY FIRST TOUR!!! Get the presale code when you join my Discord [two guerrilla emojis],” she captioned a flier for the tour. “Presale starts 11/17 @ 10AM local time. Public on sale Friday, Nov 18 at 10AM Local. BIG GLO & GANG EM COMING TO UR CITY !”