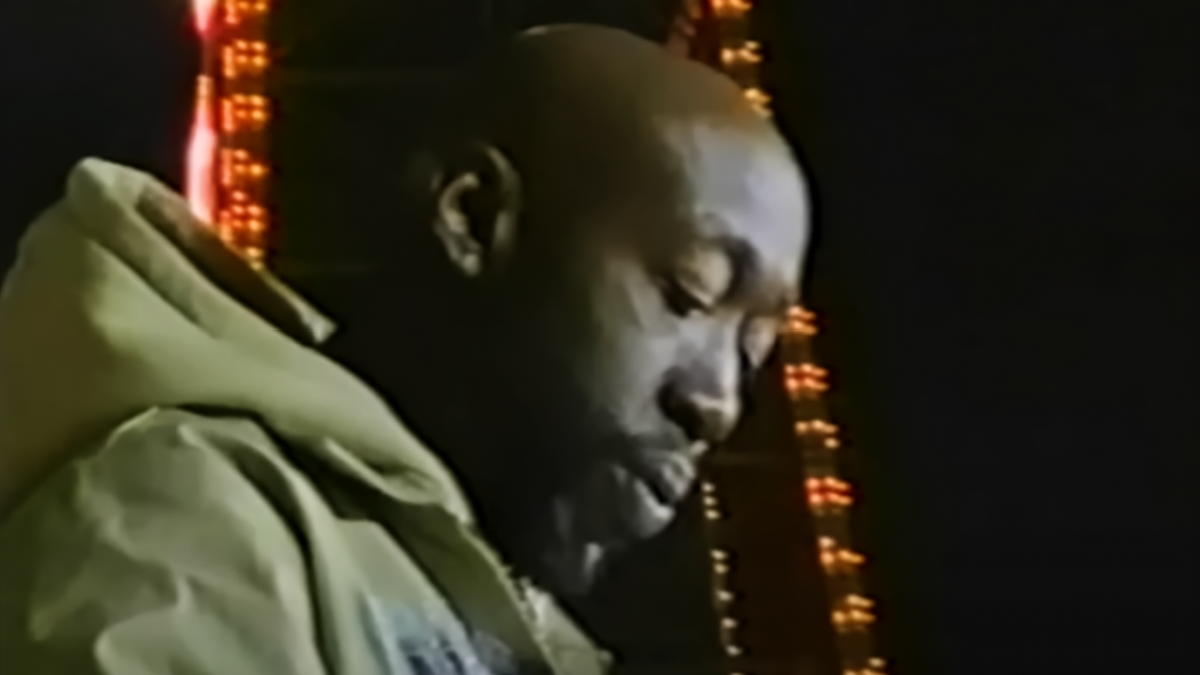 Freddie Gibbs has dropped the music video for “Rabbit Vision,” off his latest album $oul $old $eparately — check it out below.

Directed by Gibbs, Harley Astoria and Ben “Lambo” Lambert, the video features grainy, VHS-style footage of the ESGN rapper’s musical journey over the years, from tearing down stages, recording in hotel rooms and enjoying the spoils of his success.

There are also a number of cameos throughout the clip from peers and collaborators including Jeezy, Big Sean, DJ Paul and Kaytranada.

On the song itself, Gangsta Gibbs reflected on his past beef with Jeezy, admitting he has love for his former label boss and was immature during their long-running feud.

“Me and Jeezy still ain’t spoke in years, but I got love for him/ Could’ve talked it out, but I spoke out, I let it get to me/ Showed me I could be a fuckin’ boss, best thing he did for me/ I needed to grow, too immature, it’s shit I needed to know,” he rapped over J.U.S.T.I.C.E. League’s production.

Jeezy signed Freddie Gibbs to his CTE World imprint in 2011 and collaborated with him on songs like “Do It For You,” “Run-DMC” and “.38,” but things went south when Gibbs departed the label on not-so-amicable terms the following year.

The beef simmered (if not sizzled) for years, with Gibbs taking aim at the Snowman on his scathing 2014 song “Real” and Snowman firing back on 2020’s “Therapy For My Soul.” The pair eventually buried the hatchet last year.

$oul $old $eparately was released in September 2022 and became Freddie’s most successful solo project to date, debuting within the top 20 on the Billboard 200 after moving around 22,000 album equivalent units in its first week.

Shortly after its release, the Gary, Indiana native hinted that $$$ would be his last album during an online Q&A with fans.

“No. this my last album. Ask Madlib,” he wrote in response to one fan who asked him about a potential follow-up to his acclaimed 2019 Bandana LP.

Gibbs’ comments coincided with a separate interview he did with Bootleg Kev around that time, in which he further flirted with the idea of never dropping another full-length project.

“Every time I do an album I feel like I might not do another one. I got a lot of stuff to do,” he admitted. “This whole process recording an album, I barely got to see my kids. I’m really ready to just chill, dog. I don’t know if I can go through the process of recording an album no more.”

Earlier this month, however, Freddie Gibbs U-turned on those plans by revealing he’s back in the studio and working on four joint albums.

“I’m a hit y’all with some shit that y’all thought y’all was ready for, but you really ain’t ready for,” he said. “Alchemist and Madlib ain’t goin’ nowhere, so keep that in mind. And me and Boi-1da in the studio now real, real, real heavy.”

He added: “I’m making the best music of my life, so it’s no reason to stop. And I’m the king of R&B, so I gotta do that album as well.”