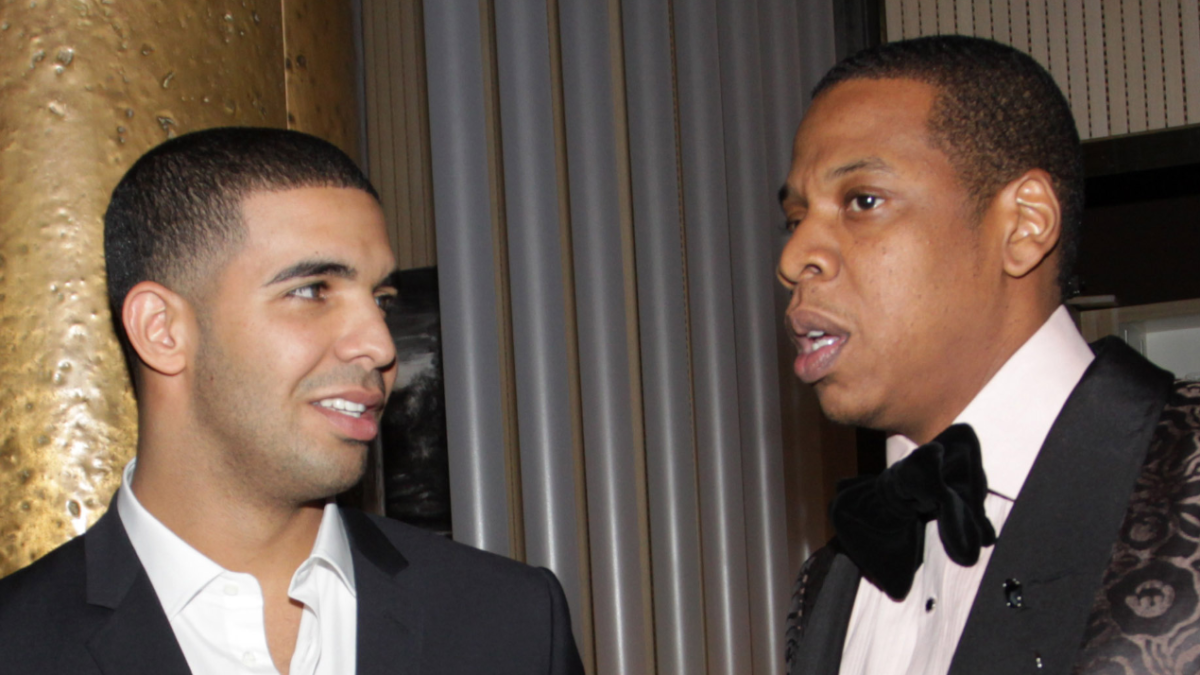 Drake has found himself in exclusive company with JAY-Z once again after getting another No. 1 album thanks to Her Loss, his joint effort with 21 Savage.

According to a report from Billboard, Drizzy is now tied with Hov for the most No. 1’s on the Billboard Top R&B/Hip-Hop Albums chart amongst rappers at 14 entries a piece.

Drake is a perfect 14-for-14 dating back to his major label debut album Thank Me Later, which dropped in 2010, while JAY-Z’s streak began with his third solo effort Vol. 2… Hard Knock Life, in 1998.

Some albums aren’t included for both men but still have them tied for the most entries as a rapper on the chart. JAY-Z’s collaborative album with Beyoncé, Everything Is Love, debuted at No. 1 on the Top R&B/Hip Hop Albums chart in 2018.

With Drake, the 2009 Young Money compilation album We Are Young Money took the No. 1 spot on Billboard’s Top Rap Albums chart. So technically speaking, JAY-Z and Drake are tied with 15 entries a piece, and the only other artists who has more than them on the Top R&B/Hip Hop Albums chart is The Temptations with 17 entries.

The Toronto megastar is also extending his reign on the Hot R&B/Hip Hop songs chart thanks to “Rich Flex” debuting at No. 1. With that chart placement, Drake now has a longstanding 26 entries on the list, creating more space between himself and the joint-second place holders, Aretha Franklin and Stevie Wonder, who each have 20 entries.

If that weren’t enough, Drake made history when Her Loss also placed eight songs in the Top 10 of the Billboard Hot 100, making him the first artist in history to achieve the feat twice. He previously claimed eight of the Top 10 spots with last year’s Certified Lover Boy.

All the record-breaking news comes amid another visual treatment for the album, this time for the opener “Rich Flex,” which was released on Wednesday (November 16). The music video uses footage from a camcorder that Drake has been seen walking around with over the last few months.

The grainy, VHS-style footage finds the 6 God out and about at restaurants and partying with an A-list group of friends, such as NBA stars Kevin Durant and DeMar DeRozan, his Her Loss collaborator 21 Savage and more.