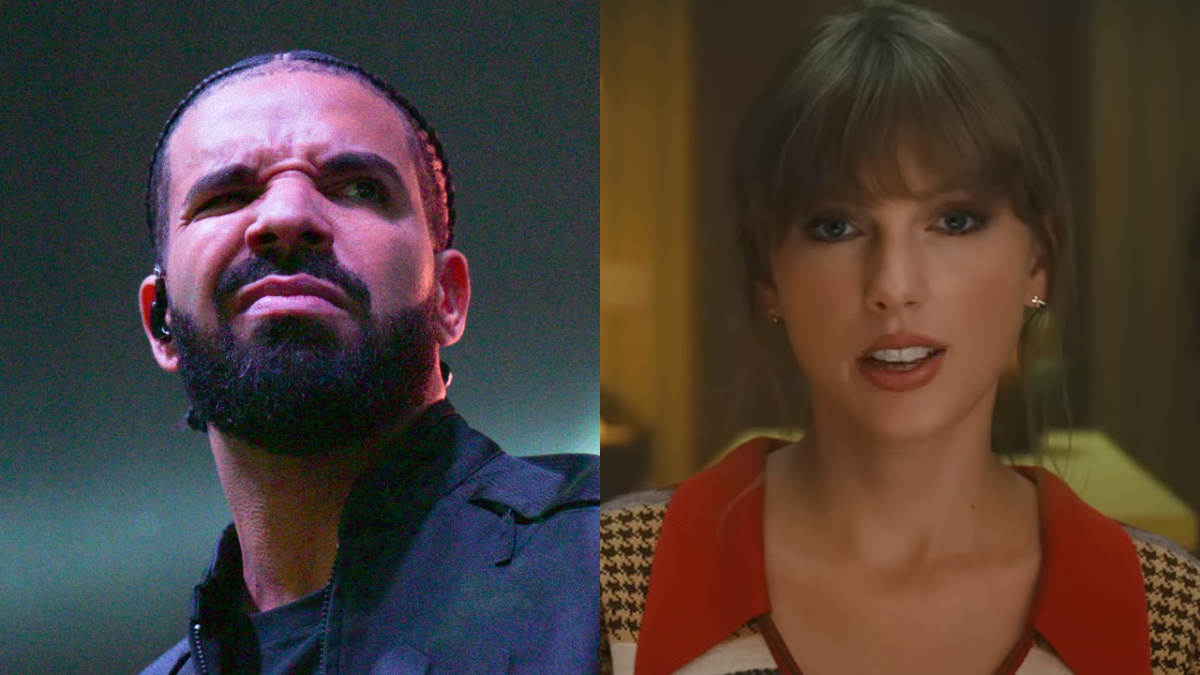 Drake appeared to throw shade at Taylor Swift while celebrating the continued chart success of his and 21 Savage’s joint album Her Loss.

On Monday (November 14), Drizzy and 21’s collaborative LP placed an impressive eight songs in the top 10 on the Billboard Hot 100, occupying every spot from No. 2 to No. 9 on the singles chart. The meme-friendly “Rich Flex” leads the way at No. 2, followed by early fan-favorites like “Major Distribution,” “On BS” and “Spin Bout U.”

Only Taylor Swift’s “Anti-Hero,” from her record-breaking Midnights album, bested the Her Loss duo after retaining the No. 1 spot for a third consecutive week — and it seems Drake wasn’t too keen to give the pop juggernaut any extra shine.

After the latest edition of the Hot 100 was unveiled, the OVO hitmaker celebrated his and 21 Savage’s top 10 dominance by posting an image of the chart on his Instagram Stories along with the caption: “@21savage congrats my brother.”

Curiously, Drake covered up Taylor Swift’s name in the No. 1 spot with a series of cryptic emojis, including a face massage, popcorn, an eight ball, a thought balloon, a yogi in the Lotus position and a nervous laugh.

21 Savage shared Drake’s celebratory post on his own Instagram Stories, albeit without any additional commentary (or indeed Taylor Swift shade). 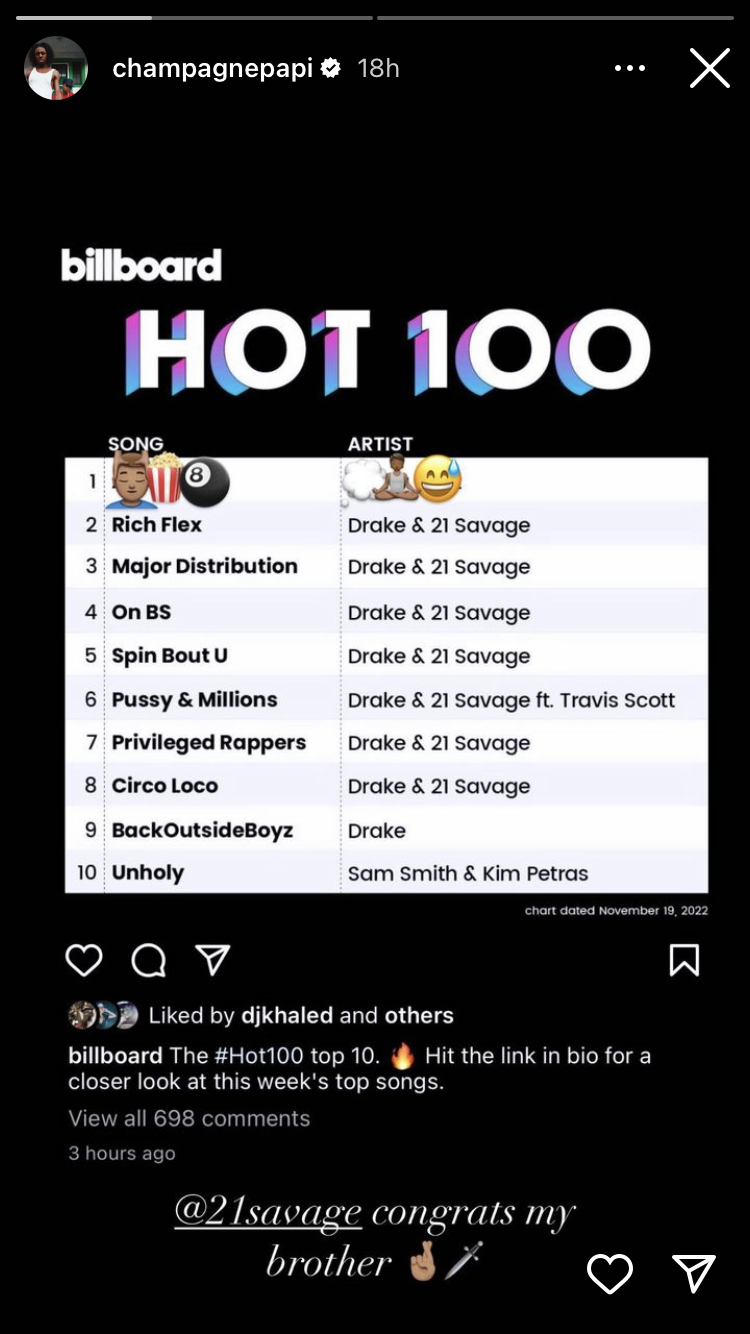 While there has been no reports of any bad blood between Drake and Taylor Swift, rumors of the music megastars collaborating have circulated for years. In October, The Sun reported that the pair secretly joined forces in 2017 to record a diss song aimed at their mutual enemy, Kanye West, and his then-wife Kim Kardashian.

An unnamed source close claimed the track was recorded for Swift’s 2017 album Reputation, but it was omitted due to it being too “direct” about the since-divorced couple. However, Swift apparently wants to release it as part of an upcoming re-recorded version of Reputation.

Although Drake was denied yet another No. 1 on the Billboard Hot 100 by Taylor Swift, Her Loss continues to write the 6 God into the history books. According to Chart Data, Drizzy has become the first artist to simultaneously occupy eight of the top 10 spots on the Hot 100 on two occasions. He previously achieved the feat with last year’s Certified Lover Boy, which spawned hits like “Way 2 Sexy,” “Girls Want Girls” and “Knife Talk.”

Additionally, Drake has extended his record as the artist with the most top 10 songs in Hot 100 history with 67, while Her Loss has the third-most top 10 hits ever, surpassing albums like Michael Jackson’s Thriller, Janet Jackson’s Rhythm Nation 1814 and Bruce Springsteen’s Born in the USA.

Her Loss has also made a big splash on the Billboard 200, debuting at No. 1 on the albums chart with 404,000 equivalent album units in its first week — the largest opening tally in Hip Hop this year. Kendrick Lamar’s Mr. Morale & The Big Steppers previously held that title with 295,000 first-week units.