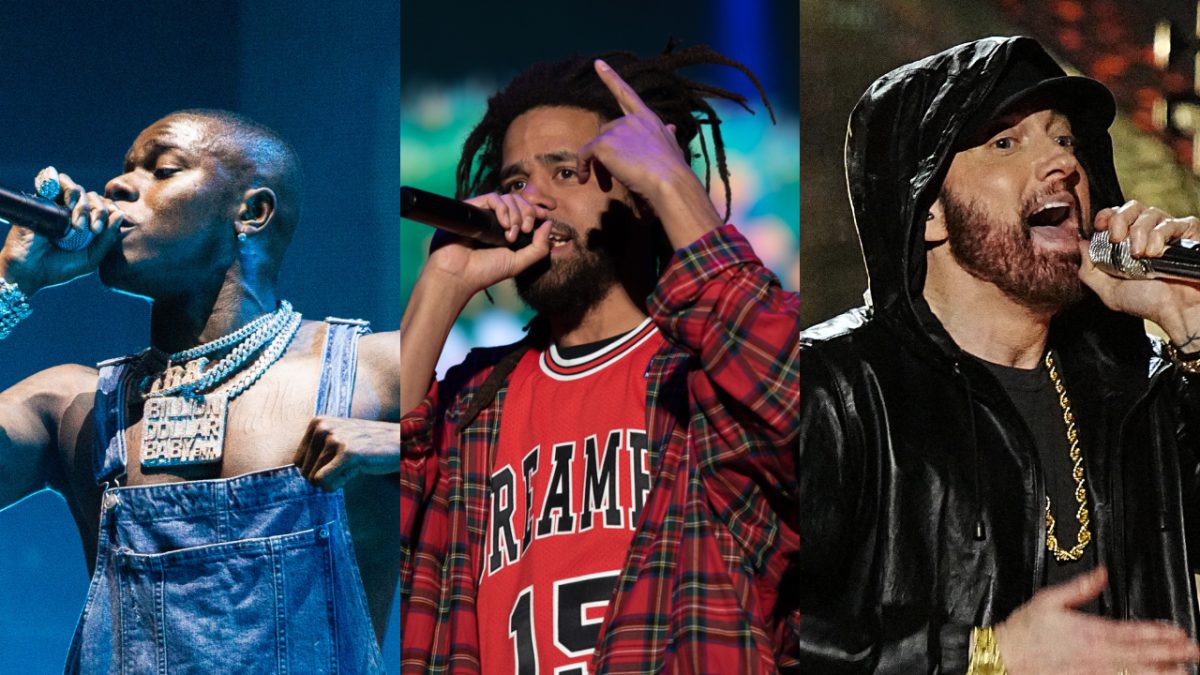 DaBaby Says He Can Rap As Good As Eminem, Kendrick Lamar & J. Cole

DaBaby has said he can rap on the same caliber as Eminem, J. Cole and Kendrick Lamar.

The Charlottesville rhymer made the braggadocious claim while a guest on Math Hoffa’s My Expert Opinion interview show, and said he avoids rapping about negative aspects of his life because he doesn’t want to exploit it, but that if he did rap at that caliber, he would be just as good as the aforementioned G.O.A.T.’s.

“If I don’t feel like you know nothing about this shit, I’m not about to try and exploit my real life anyways, I’m just doing me,” Baby said. “So when it come to like pain or anything that affects me or effects somebody I love I couldn’t dealt running round god damn exploiting that shit. I can’t do it.”

He continued by saying he’s in the “music business,” and that his music caters to whatever his fans are feeling at the moment.

“Ok you can put this beat on and I’ll go Eminem level on that bitch, you gotta get one of them to come fuck with me. You gotta go get Kendrick Lamar, J. Cole, I don’t wanna disrespect nobody but boy, raise your hand,” Baby said. “I’m like that. N-ggas know too and I’m like that for real I don’t gotta talk about nobody else story. I’ll talk about me.”

This is hardly the first time “Bop” rapper has made such a claim. Moments before running through an L.A. Leakers freestyle back in February, Baby made similar claim and said someone needs to put him in the booth with a legend.

“Don’t get it fuckin’ twisted,” he told Justin Credible and DJ Sour Milk. “I like to turn people up, I like to make people feel good, but at the same time, you gotta get Kendrick Lamar, J. Cole for me, n-gga. Nas, JAY-Z. You gotta go get them ones.”

During another freestyle he delivered for Funk Flex in October, Baby rapped about how he’s lyrically on par with 50 Cent, Will Smith and even the late 2Pac.

“Try to turn me into a popstar forgetting that Imma pop off on any n-gga/ Try me, I’m gonna make it hotter than hot sauce on Billboard with them young n-ggas still sitting outside my opp house,” he raps. “I’m the only one with the most to lose but the first one to let the shots off.”

DJ Akademiks suggested the rapper was being “blackballed” by the music industry, a sentiment with which both Meek Mill and Boosie Badazz echoed in agreement.