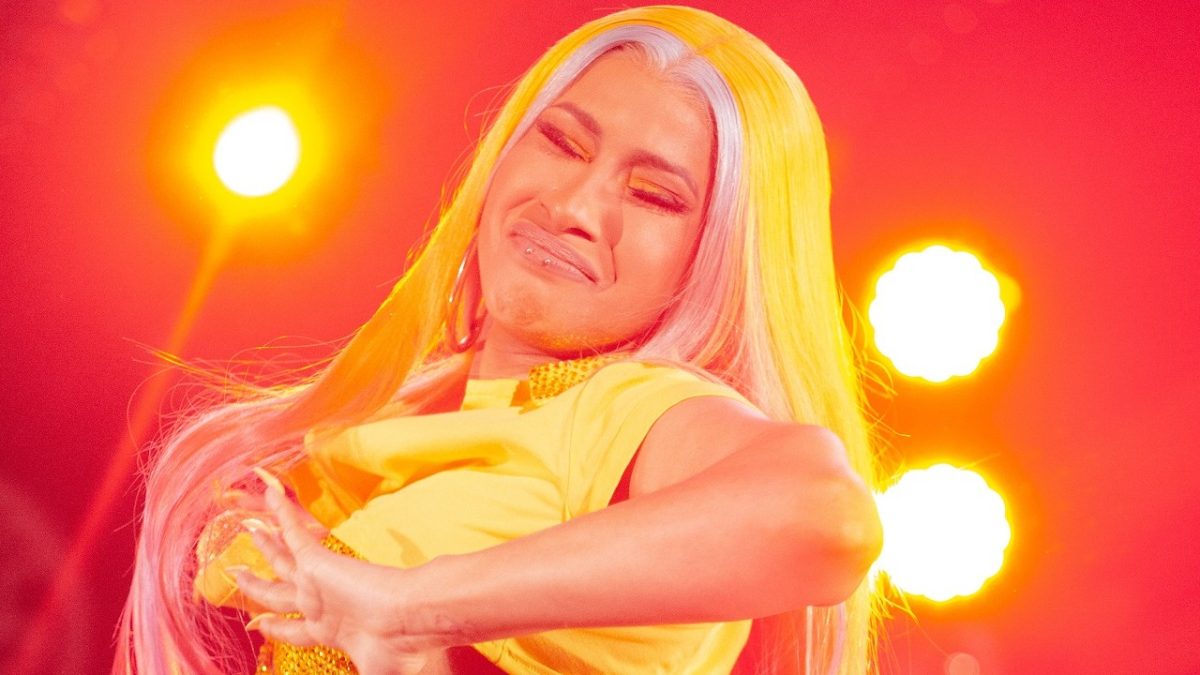 Cardi B Claims She Got Paid $1M For 35-Minute Performance

Cardi B has clapped back at a fan who mocked a recent private Art Basel performance by showing proof that she was paid $1 million for the brief appearance.

The since-deleted tweet came as a response to Twitter user @antoniiogang, who shared a short clip of Cardi’s performance, which took place at the Chase Sapphire Lounge on Friday (December 2), according to USA Today.

The clip was posted with a caption that read, “Not the Grammy winner performing in someone’s backyard.”

The “Money Bag” rapper responded with a screenshot of her contract with WP Touring, Inc., confirming the rate she had been paid for her appearance at the Miami art festival.

“I got payed 1 million dollars to perform at this elite bankers event private event for 400 people and only for 35 minutes,” Cardi tweeted along with the photo. “THINK ABOUT THAT WHEN YOU TYPE ABOUT THIS GRAMMY WINNER”

Cardi B claims she got paid $1M for 35-minute performance 👀https://t.co/52WCdDsvQr pic.twitter.com/qGIiEtB19q

After deleting her reaction, Cardi B shared a number of photos from the appearance, which she captioned, “Last night performing for the best bank in America….PERFORMING IS MY PASSION [heart emoji]…..#lovewhatyoudo”

Earlier this week, the rapper supported husband Offset during his own Art Basel appearance, which marked his first performance since the death of his cousin and former Migos groupmate, TakeOff.

The married couple paid a visit to E11EVEN in Miami, where Offset took the stage and set the tone for the night by telling the audience, “We’re doing this for my brother, for TakeOff … let’s do this shit!”

He was also seen throwing money into the crowd during his performances of “Bad and Boujee,” “Clout” and more. When he wasn’t performing, the “Ric Flair Drip” artist was hanging out with Cardi B, dancing and throwing back drinks throughout the night, as they were also joined by Chance The Rapper.

Offset’s performance came days after his wife admitted that she has been struggling with trying to lift his spirits since Takeoff’s untimely passing earlier this month.

In a Twitter voice note to her 26.3 million followers, the Bronx superstar detailed the issues she’s been having in helping her husband work through his grief.

“I feel like if I talk about the incident so desensitized,” she added, “I feel like if we talk about how we really feel or what muthafuckas really been going through, y’all will start saying, ‘Oh, sympathy.’ And we don’t want no sympathy. We ain’t no charity case. But no lie, I have been feeling so hopeless trying to make my husband happy.

Cardi B continued: “Trying to make him crack a smile, seeing him randomly cry, see him trying to distract his mind completely, schedules been changing, trying to keep up with work after everything that he’s been going through these past couple of weeks. We not in the mood to be fucking playing around with y’all, deadass. I will deadass kill y’all. Stop fucking playing.”