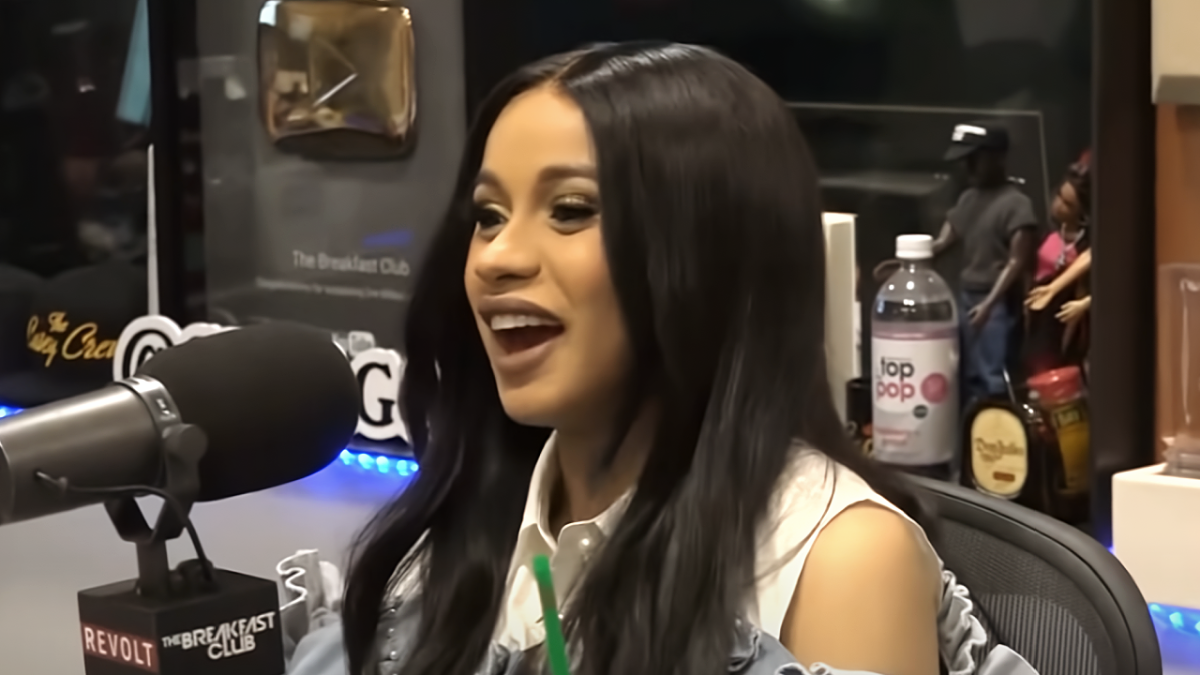 Cardi B is down to guest host The Breakfast Club once her new album finally arrives.

The Bronx bombshell called into morning radio show on Thursday (December 1) to wish Angela Yee all the best on the next chapter of her career as her long-running tenure on the show nears its end.

Cardi ended up getting roped into temporarily replacing Yee sometime next year, though, as Charlamagne Tha God and DJ Envy persuaded her to join them in guest hosting The Breakfast Club for an entire week when her long-awaited sophomore LP drops.

“Oh my God! I will tear that shit down!” she said enthusiastically, before askin: “So wait, can I interview artists? Ooh, that would be fun. Yeah, I could do that. We gon’ get in trouble in the morning.”

Cardi B confirmed plans for her next album to arrive via Atlantic Records in 2023, saying: “I have no choice. I have to put it out.”

Charlamagne suggested the project should arrive in April to coincide with the five-year anniversary of her 2018 Grammy-winning debut Invasion of Privacy, which Cardi seemed to be on board with. “I think I should put it out around that time,” she concurred.

The 30-year-old added that she feels confident in a handful of songs that she has in the chamber, but admitted uncertainty about the overall direction of the project. “I just feel like just missing something,” she confessed.

As for Angela Yee, Friday (December 2) will mark her final Breakfast Club show after announcing her departure earlier this year. Power 105.1 has yet to announce a replacement and it looks as if Charlamagne Tha God and DJ Envy will enter the new year with the third mic remaining unoccupied.