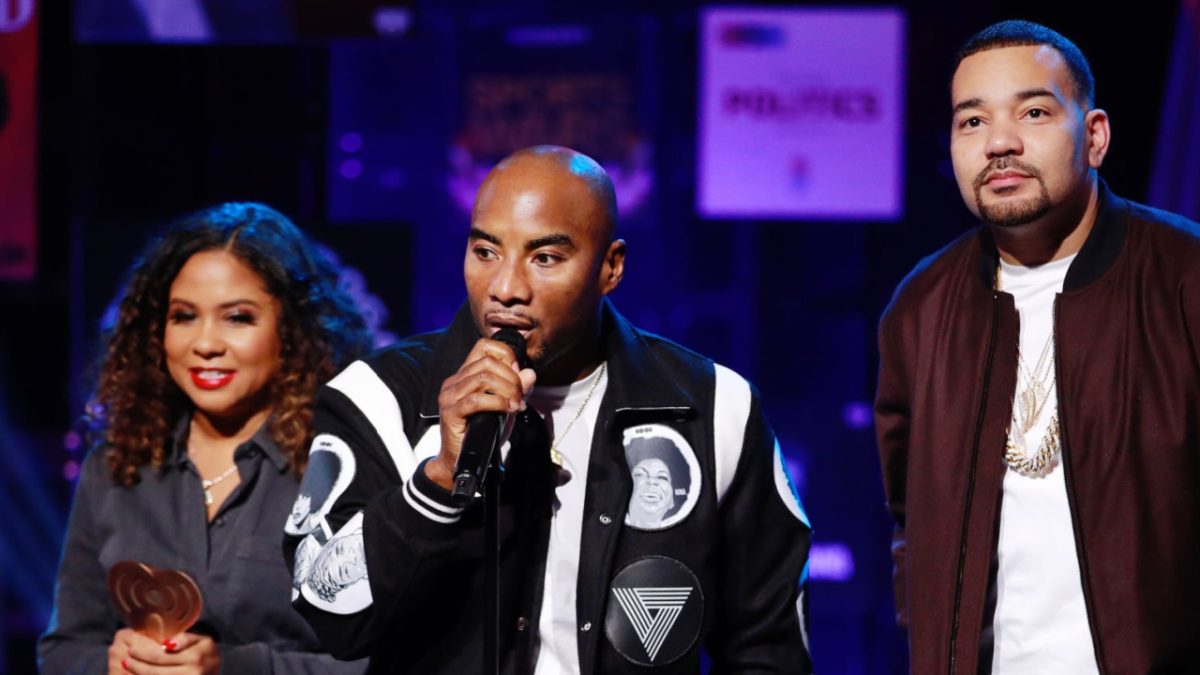 The silly yet touching moment happened early Monday morning (November 28), when the Breakfast Club crew was about to go over the “Rumor Report” and Charlamagne and Envy donned the wigs to celebrate Yee’s last week on the show. Purple is Yee’s favorite color, and as expected, hilarity ensued amongst the trio.

“Why do we have on purple wigs?” Envy asked, to which Charlamagne replied: “‘Cause Angela Yee…purple is her favorite color.”

“Y’all look so crazy,” Angela replied as both men struggled to keep their faux bangs away from their faces.

The comedy continued as DJ Envy threw purple beads at Charlamagne Tha God to get him to show off his goods, but the South Carolina native wouldn’t budge as he jokingly told his co-host: “Don’t talk to me like that. I’m a lady, bro.”

Yee continued to mock her Breakfast Club brethren, comparing them to Lloyd Christmas and Henry Dunne from the cult classic Dumb and Dumber for wearing purple wigs. They both agreed they were being foolish but revealed this was as far as it goes since they won’t be wearing dresses to add to the look.

“This is definitely dumb, but this is your last week,” Charlamagne said, before asking for real human hair and feeling bad for women with fake wigs.

Angela Yee announced her departure from The Breakfast Club back in August, sparking speculation about the future of the popular morning radio show.

Fortunately, fans got clarification after the trio revealed Yee would be moving on to new business ventures, including hosting her own show called Way Up with Angela Yee that will reportedly air right after The Breakfast Club.

In a recent interview with The Jasmine Brand, Angela Yee spoke about what she would miss most about the show and her crew.

“We have certain people that call up all the time that I’m used to hearing,” she said. “It’s like your friends call, so I know I’ll miss them, and hopefully, they’ll be listening to my show as well.”

Charlamagne and Envy will continue to host The Breakfast Club while producers find a new replacement for Yee. In August, Charlamagne shed light on the selection process and revealed it might be more than one person.

He added: “I don’t think it’s gonna be one person. It might be two.”