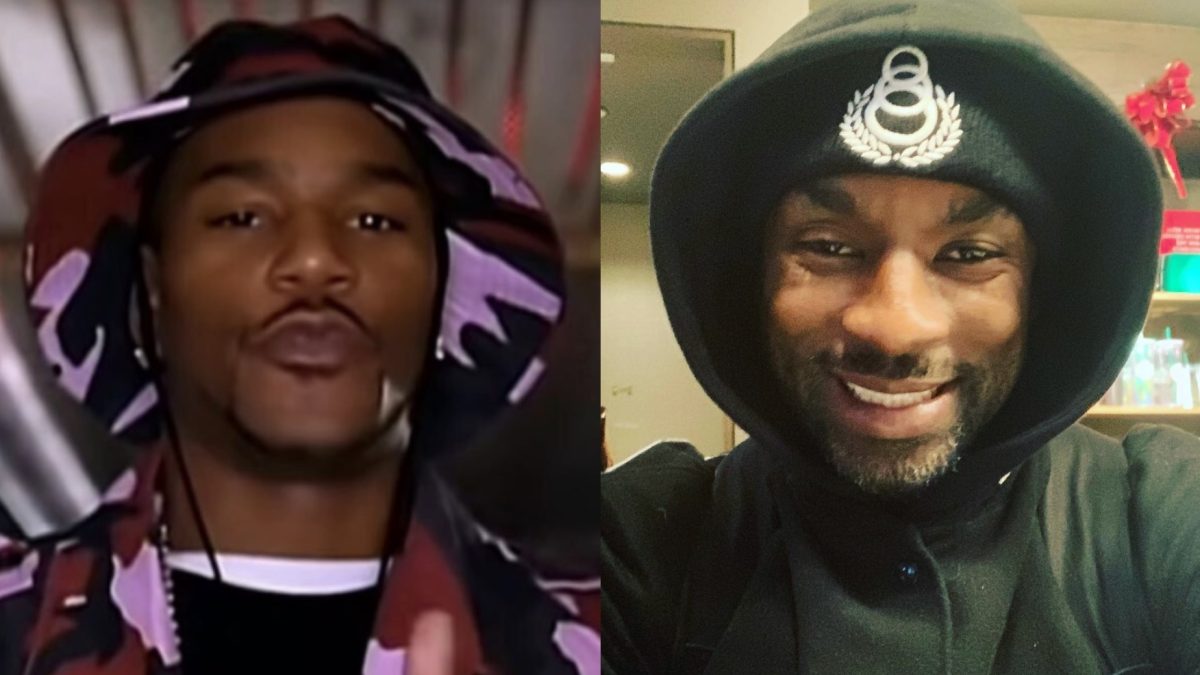 Cam’ron is putting in work for his sports show It Is What It Is, and he’s adding more to it with an investigative report on former NBA player Ben Gordon.

On Wednesday (December 7), Killa Cam jumped on his Instagram to report on a situation where Gordon was arrested for allegedly stabbing people with knitting needles in Harlem. Cam’s post included a series of videos put together highlighting the whole ordeal.

“It’s your boy Cam reporting for It Is What It Is Talk in front of Harlem Hospital, where former NBA player and Sixth Man of the Year Ben Gordon seems to be having mental issues trying to stab people. Weapon of choice, sewing needles,” the rapper said as the camera panned out to show the hospital.

The next few clips depict one of the needles Gordon allegedly used on the street and actual footage of the arrest that shows the former shooting guard moving his head erratically while police put handcuffs on him.

Other clips show Gordon in the hospital being attended to by a nurse but later tried to escape from the facility. Cam took it upon himself to get accounts from eyewitnesses who saw the whole incident.

One man said he was outside not knowing what was going on when he allegedly saw Gordon with a knitting needle in his hand trying to harm people. Another person claimed to have approached Ben Gordon to say hi but saw police chase then tackle him to the ground.

Judging from the comments under Cam’s post, many fans of the Dipset head honcho weren’t sure whether what they were seeing was real or not.

“Son I’m done lol,” former NFL player Lesean McCoy wrote while someone else said, “Cam got the news before everybody?? How does that happen?”

Former Indiana Pacers player Roy Hibbert asked Cam straight up, “Kills this for real?” To which the rapper replied: “Yea.”

HipHopDX reached out to Cam’ron’s team to check the authenticity of his story. They confirmed the incident involving Ben Gordon did take place.

Ben Gordon spent nine years in the NBA with his last game coming in 2015 in a pre-season game for the Golden State Warriors, but since then has faced his fair share of trouble with law enforcement. Last month, Gordon was arrested for allegedly beating up two security guards at the Rock’ n’ Roll McDonald’s in Chicago, Illinois.

In October, Gordon was arrested at LaGuardia Airport after witnesses said he punched his 10-year-old son in the face as they were getting ready to board a flight to Chicago. According to reports, two Port Authority of New York officers and New Jersey police were injured during the arrest.

In 2017, Gordon was also arrested for pulling a fire alarm in an apartment building in Los Angeles, California. Later that year, he was charged with robbing the manager of a residential complex where he lived. TMZ reported the charges were dropped after Gordon reached a “civil compromise.”

Cam’s segment on Ben Gordon is just the start of what he plans to bring with his new sports show. He’s already shared footage where he criticized Memphis Grizzlies star Ja Morant and Hall of Famer Charles Barkley, but one of his most vicious takes involved Green Bay Packers quarterback Aaron Rodgers.

“Why the fuck are we ever comparing Aaron Rodgers to Tom Brady in anything?” Cam asked in the clip. “Why? I don’t really understand it. The proof is not in the pudding. Aaron Rodgers has not won a Super Bowl since 2011. Tom Brady has been to the Super Bowl eight times since then.”

He continued: “And then another thing with Aaron Rodgers, he gives me cry baby, grumpy old man, the end-of-Brett-Farve’s-career-in-Green Bay vibes. That’s all he do. The same thing he doing is the same shit that Brett Farve did to him — cry about the new quarterback, don’t wanna help him out, don’t know if he’s coming in the off-season, don’t know if he’s going to extend the contract to last year when he got the extension, put Green Bay through all this shit.”