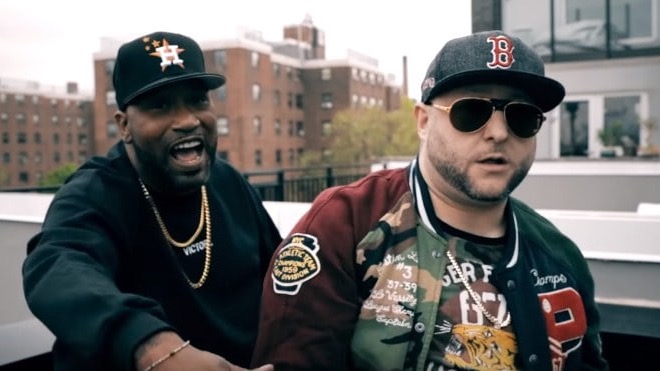 Bun B and Statik Selektah have reunited to announce their next collaborative album, Trillstatik 2, which is set to be released later this month.

The sequel to 2019’s Trillstatik will be recorded live in New York on Wednesday (December 7), which fans will be able to tune in and watch in real-time via Twitch between the hours of 2 p.m. and 2 a.m. EST. The album will be released two days later on December 9.

In a video shared to Instagram, Statik Facetimes Bun while the UGK legend is at home in Houston packing for his trip to the Big Apple. “I’m in here now trying to get some clothes as it’s going to be brick in New York,” Bun says, referencing the cold temperatures NYC is known for. “I can’t come like I dress in Houston, I gotta dress like a New Yorker for y’all.”

Statik Selektah then asks Bun B if he “peeped the beats” he sent him ahead of Wednesday’s live-streamed recording session, at which point Bun teases the possibility of a double album because of the number of potential special guests that might pass through the studio. “I ain’t saying we gotta do a double album but we probably gotta pick enough beats for one,” he says.

The first Trillstatik album was recorded and released in 2019 as an exclusive for streaming platform TIDAL and featured appearances by Method Man, Westside Gunn, Fat Joe, Big K.R.I.T. and Talib Kweli, among others.

Meanwhile, Bun B’s Trill Burgers have been cooking up a storm all year and were crowned the “best burger in America” by Good Morning America this past summer.

Picking up the honor in Times Square back in July, an ecstatic Bun B posed alongside GMA co-host Michael Strahan with a trophy in one hand and a $10,000 check courtesy of the morning show in the other.

If the approval of Good Morning America isn’t good enough, Jadakiss, Busta Rhymes and Fat Joe were among the names to give Bun B’s Trill Burger the official Hip Hop stamp of approval at this year’s Rock The Bells Festival.

UGK Legend Bun B Reveals He’s Sitting On ‘An Album’s Worth Of Material’ With Big K.R.I.T.

Kiss compared the burger to a Dr. Dre beat following the first bite and then cooked up the most tantalizing musical production cocktail he could think of.

“It’s like a Dr. Dre beat, mixed with Preemo, mixed with Jesus Christ,” he said. “The best in the world. They ain’t just boosting my brother up, this shit is amazing. I can’t even front, it’s incredible. I don’t need nothing to drink it’s crazy!”

Fat Joe dubbed the burger America’s No. 1, adding: “Give me like three more boxes so I can give them to the family.” Busta Rhymes was left speechless by his first Trill Burger as Ice Cube’s “It Was a Good Day” boomed through the Forest Hills Stadium’s speakers.