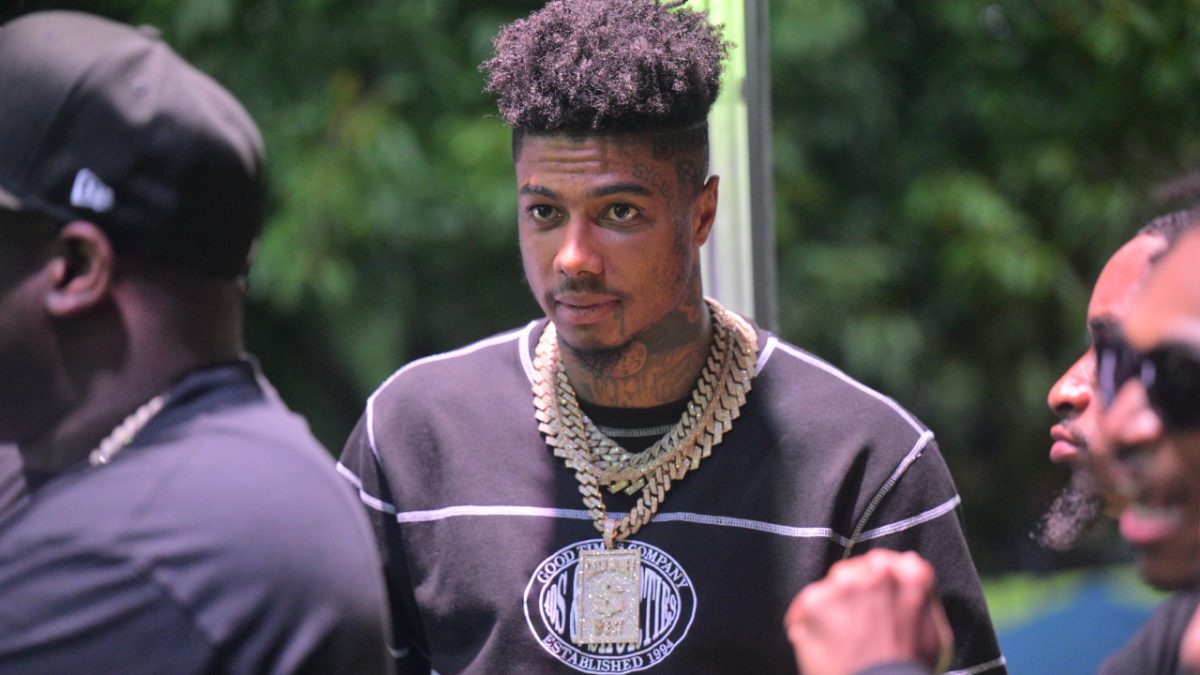 As Blueface continues to deal with his attempted murder case that allegedly occurred at a Las Vegas strip club, a man claiming to be the club’s owner has come out and denounced the “Thotiana” rapper for shuttering his business.

According to legal documents obtained by TMZ, the shooting occurred when Blueface was at the Euphoric Gentlemen’s Club in Las Vegas on October 8. The alleged victim had apparently joked about Blueface chatting with “some females in a cheap vehicle.”

The L.A. rapper didn’t like the joke, and members of his entourage allegedly hit the man “multiple times.” The man later returned to the club in his truck and asked the crew: “Who hit me?!” after which security footage captured Blueface pulling out his gun and firing shots at the vehicle as he drove away.

The man was left with a bullet graze on his left hand and a truck riddled with bullet marks, according to police.

While Blueface has maintained his innocence, a man claiming to be the owner of the Euphoric Gentlemen’s Club said the establishment was forced to close because of the “gang-related activities” Blueface brought into the venue. He also wants to see the rapper either spend “the rest of his life in prison” or “pay us until the day he leaves this earth.”

“@euphoric_lasvegas was a spot for everyone to have fun & everyone super enjoyed it, but as everyone say, it’s always the Blacks that can’t nothing,” the man wrote on the club’s Instagram in a since-deleted post. “We knew what we was up against when we opened. We are not upset with the police for not letting us open, because they gave us a chance that everyone said they wouldn’t.”

He continued: “It wasn’t a white man that closed us down, it was a Black man. Mr. @bluefasebabyy & we have lawyered up & make 100% sure that he either spends the rest of his life in prison, or he is going to pay us until the day he leaves this earth. We have given the footage to the police & the guy that was driving the truck was just beaten up by @bluefasebabyy & his crew for absolutely no reason.”

The owner, who also shared an alleged photo of him talking to police shortly after the shooting, went on to say that people should “stop saying it’s self defense” and that “another black business closed in Las Vegas. All because our own decided to mess it up.”

He concluded: “Once again it wasn’t the white man’s fault. It’s our own people that hurt us.”

Blueface was booked into Clark County Detention Center before appearing in court on November 16. He was then released from police custody on a $50,000 bail.

Chrisean Rock, Blueface’s girlfriend, reacted to his arrest on her Instagram Stories after he was detained, and said her man was “coming home.”

“Everybody that keeps saying it’s a sign to leave — what the fuck is you talking about?” she said. “Stop playing. N-ggas never left me when I went in. I’m going to court tomorrow and that’s all that matters. He coming home, I don’t know what y’all talking about. But tune in on our documentary, our TV show on the Zeus network, we outside.”