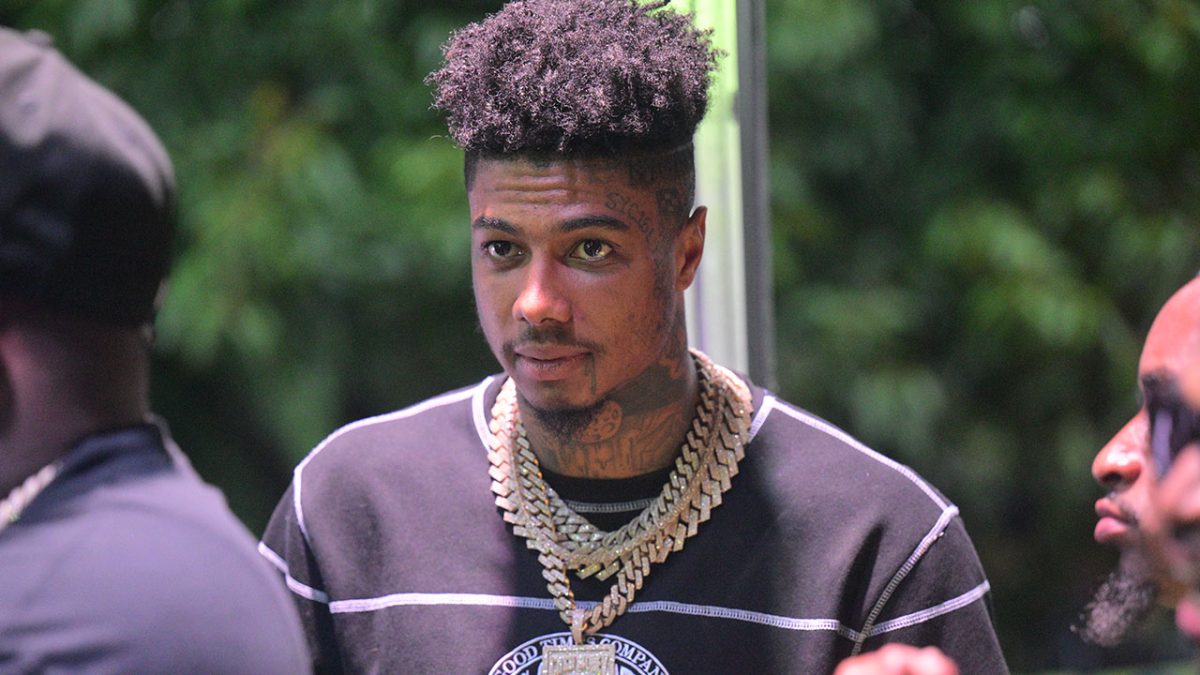 Blueface: Video Allegedly Shows Him Shooting At Man in Truck

The clip allegedly shows Blueface on the street outside a Vegas night club when a white pickup truck drives by. The “Thotiana” rapper pulls out his gun and fires multiple shots in the driver’s direction, who swerves across the road while trying to dodge the bullets.

TMZ‘s sources said that the victim of the shooting was previously in the club earlier in the night and was involved in a fight with Blueface’s crew, although the rapper himself reportedly wasn’t part of the brawl.

Blueface is facing charges of felony attempted murder with the use of a weapon and discharging a gun into a vehicle.

The Los Angeles native was arrested outside of Lo-Lo’s Chicken & Waffles in Sin City on Tuesday. The rapper’s on-again/off-again girlfriend Chrisean Rock was also present, and looked on confused as a reported six to eight officers detained Blueface.

Chrisean Rock posted a video of her with Blueface just hours prior to the arrest as they shared a kiss in the clip.

“Dis was 3 hours before they took u from me,” she wrote in the caption. “Jesus Got us NO WEAPON FORMED AGAINST US SHALL PROSPER IM YO ROCK FORever!!!”

Chrisean Rock then took to her Instagram Stories to reaffirm her loyalty to Blueface, who she is confident will be freed, while changing her Instagram profile picture to the rapper’s mugshot.

“Everybody that keeps saying it’s a sign to leave — what the fuck is you talking about?” she told her followers. “Stop playing. N-ggas never left me when I went in. I’m going to court tomorrow and that’s all that matters. He coming home, I don’t know what y’all talking about. But tune in on our documentary, our TV show on the Zeus network, we outside.