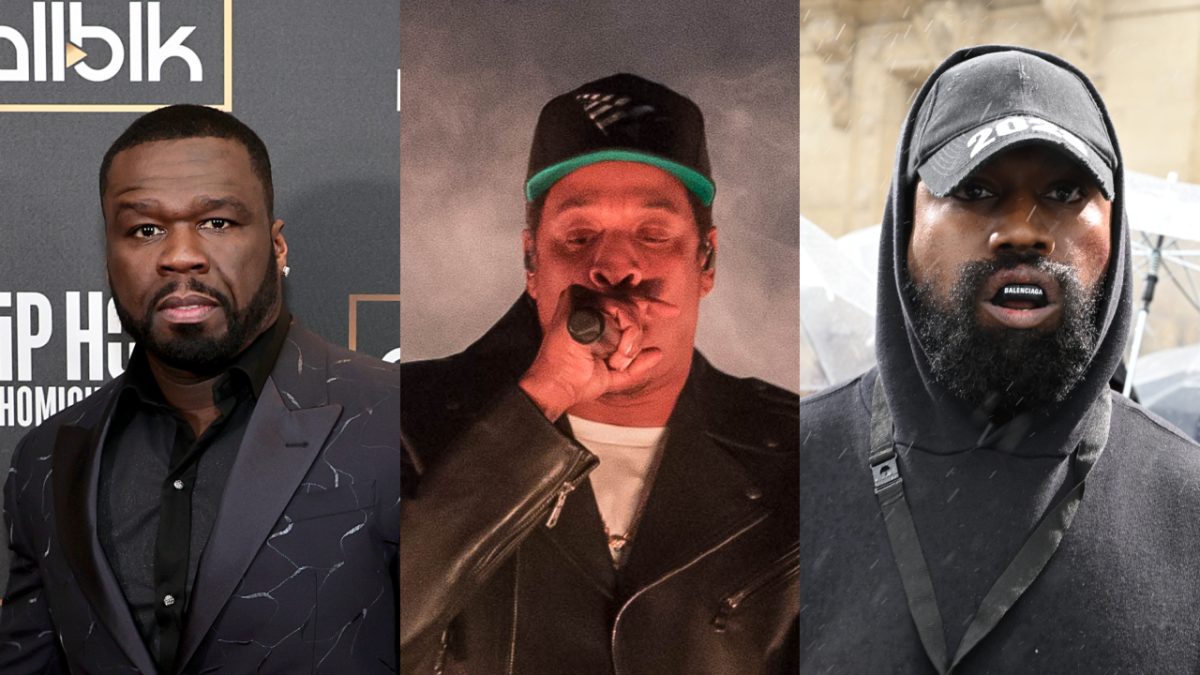 50 Cent has reflected on the time he made JAY-Z, Kanye West and T.I. “uncomfortable” by crashing their show and running out on stage.

In a throwback video posted to 50 Cent’s Instagram earlier this week, Hov and Ye can be seen performing the latter’s hit “Can’t Tell Me Nothing” alongside Tip at the 2007 Screamfest tour stop at New York City’s Madison Square when a young Fiddy comes jogging on stage.

T.I. remarked: “This a real special moment, ain’t it?”

50 Cent addressed the awkward moment in his Instagram caption and promised the three rap stars he’s working on being more considerate.

“This is why they say I only had one album. I made them so uncomfortable,” the Get Rich or Die Tryin’ rapper joked. “I’m working on being a better person. LOL.”

50 Cent and JAY-Z have had their share of disagreements over the last two decades. Most recently, Drink Champs host N.O.R.E. implied that Hov begrudgingly allowed Fif to participate in the Dr. Dre-helmed Super Bowl LVI Halftime Show and that Eminem allegedly threatened to pull out of the event if 50 didn’t appear.

“Why would he have to say that should be the question?” 50 wrote alongside a screenshot of a headline on N.O.R.E.’s quotes.

While that particular story may or may not be true, 50 revealed in August that the long-simmering rivalry between him and JAY-Z almost resulted in a beatdown from Beyoncé back in the day.

50 Cent Responds To Young Guru’s JAY-Z Comments: 'I Just Need Somebody To Compete With'

“She was on, like, a window sill. We was in Vegas,” 50 recalled on The Breakfast Club. “She jumped out, she was like [makes confrontational face]. And I’m like, ‘Wait, what is you doing? That’s me and JAY-Z’s stuff, this ain’t got nothing to do with you, girl.’”

He continued: “She came like she was ready! Like something was gonna happen! And I’m like, ‘Woah, woah, woah.’ She throwing me off now ’cause I don’t know exactly how to respond to this. You are still Beyoncé. She brought all of the sexy over with that energy jumping off.

“I look at Jay and he go [laughs]. Nah, he’ll tell you … I said, ‘Yo, alright. Whatever.’ ‘Cause really I’m just saying what’s up. But she’s feeling my energy come over because we do say things about each other — it’s a competitive nature, that’s it!”