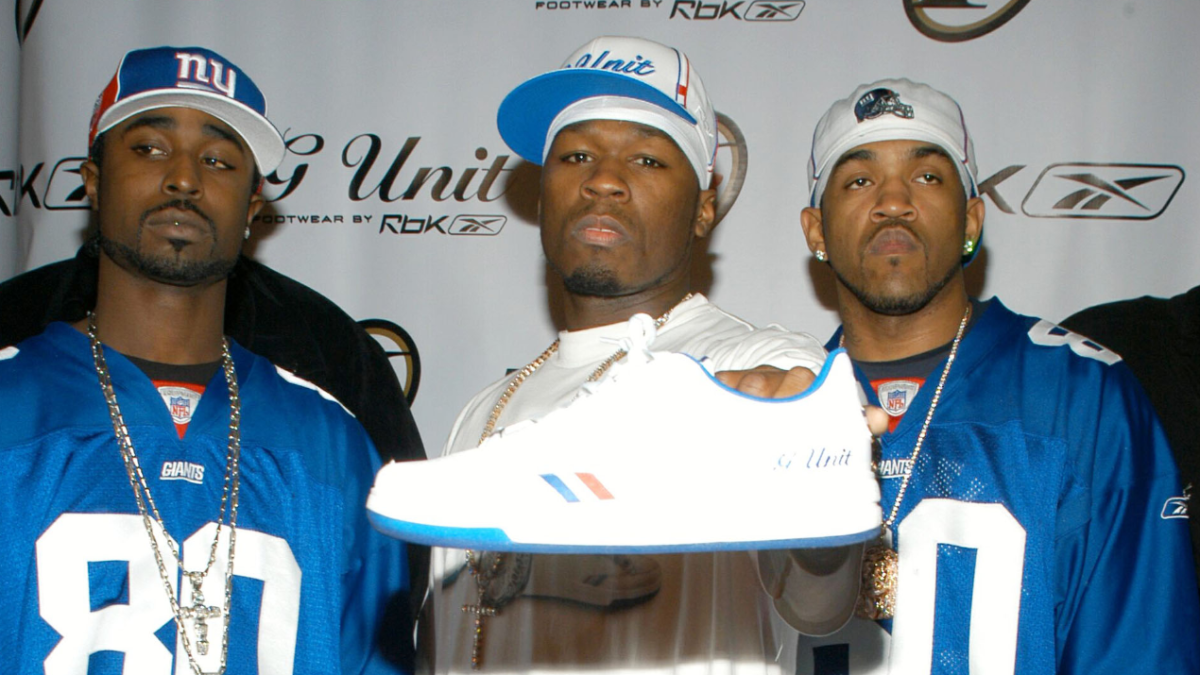 50 Cent and his G-Unit sneakers were a serious challenge to Nike and the Air Jordan brand, according to comments recently made by Reebok CEO, Todd Krinsky.

On the latest episode of The Complex Sneakers Podcast, Krinsky spoke about signing 50 Cent in 2003, right after missing out on LeBron James, who joined Nike. Reebok made a huge statement with the signing as JAY-Z also joined the fray, and sales went up afterward, especially with 50’s legendary G-Unit sneakers.

According to Krinsky, that time was a very interesting period for the company as the NBA had just gotten out of a lockout a few years before; so sneaker sales were still reeling since players hadn’t been taking to the court. Reebok chairman Paul Fireman wanted to bring life back into the company and decided with his team to look at music artists to do that.

“We had this conversation in his boardroom about music artists are becoming more influential than ever, and this was that Renaissance period of kind of ’90s and 2000s Hip Hop,” Krinsky said.

One of the first artists that came into mind was Hov, who ended up signing with the company with the help of Steve Stoute. The signing was a success, with the S. Carter sneaker boosting sales for Reebok however, they weren’t done just yet.

Krinsky explained that 50 Cent signed with Reebok shortly after Jay’s deal, and it proved to be yet another success. According to the company CEO, both men were highly interested in the business side of things, but Hov was more methodical and wanted to go against the norm, while 50 was a whole other beast.

“50 was also incredibly immersed in the business,” Krinsky said. “Like he came to every meeting on time, ready to go, and his first question every meeting was ‘How many pairs we sell this week?’“

He continued: “We were selling like, you know, 40-50,000 per color at a time … he was always saying how many Jordans sell this week. I’m telling you, he was literally asking that every week or every time we had a meeting.”

One of the first G-Unit Rebook collaborations was an iteration of their Trainer models that 50 admired. The company redesigned the model, dropped the sneaker as the GXT Trainer and saw their numbers increase even higher.

“I remember that back to school we sold on one color, like 75,000 pairs,” Krinsky said. “It was close to what, and I’m not saying by the way that G-Unit was ever close to Jordan in any way. I’m saying that one moment in time, that one colorway, I think we sold in almost as many pairs as the Jordan launch for that period.”

He added: “I remember telling them, and he was like, ‘I told you so. You guys didn’t believe me. You thought it was crazy every time I came in here I would ask that.’”

Krinsky continued highlighting 50’s business acumen and explained this was the reason the G-Unit sneaker did so well. If there was anything wrong such as a decrease in sales, Krinsky said 50 would jump on the opportunity to bring the numbers back up, whether it be him visiting stores and more.

Over the years, 50 Cent’s business mind has gotten him several big-time deals such as his groundbreaking Vitamin Water partnership and his sprawling TV empire with the STARZ network.

More recently he’s been busy pushing his Sire Spirits company. In October, the G-Unit mogul signed on as the exclusive beverage provider for the Indiana Pacers at the NBA team’s Gainbridge Fieldhouse arena. The deal will specifically highlight the rapper’s award-winning Branson Cognac and Le Chemin du Roi Champagne brands during the team’s season.

It comes after he linked up with the Sacramento Kings for a similar distribution deal in July, and signed a similar multi-year partnership deal with the Houston Rockets back in March. All the aforementioned deals will include Sire Spirits becoming the exclusive beverage partner for these NBA teams. They will also include various ventures with Fif’s charity the G-Unity Foundation.