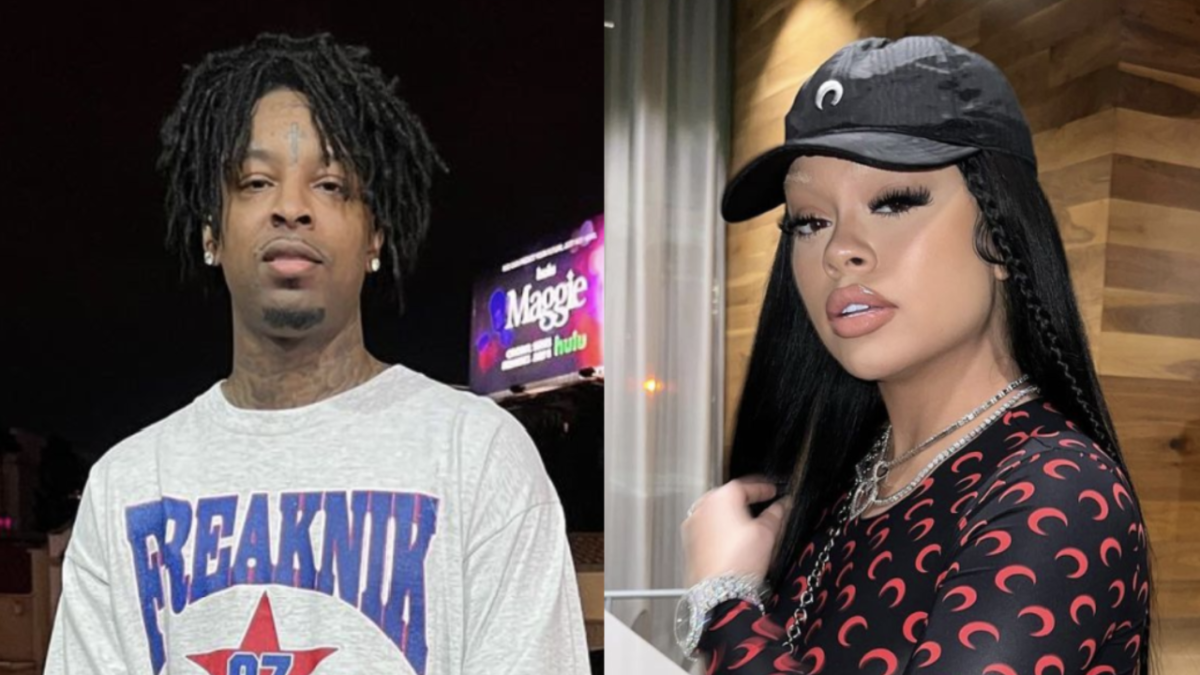 21 Savage has cleared up rumors that have circulated about his love life, and the Her Loss hitmaker has denied he’s in a celebrity relationship.

Savage made the comments in a recent Clubhouse room, where he addressed long-running rumors of him being in a relationship with Latto.

The Slaughter Gang boss shut down all of the talk as he clarified he doesn’t have a famous girlfriend at the moment.

“I’ve been hot for a long time. I don’t do all the antics and shit. I don’t got a celebrity girlfriend,” he said. “I’m not finna be out everywhere. I’m not dropping music every other week. I’m not going on live talking about shit every other week.”

The Georgia-bred rap stars have shown chemistry in the studio when collaborating in the past on tracks such as “Pull Up” and 777‘s “Wheelie.”

Rumors of the duo possibly being an item surfaced when 21 made a flirtatious comment on a photo of Latto in 2021. “No makeup,” he wrote before swiftly deleting it. “Dam u fine, it’s only 1 way I can come bout you twin.”

DreamDoll added to the speculation by throwing fuel on the fire with a bar referencing Latto and 21 on her 2021 single “Tryouts.” “And Mulatto, yeah, that’s my little honey bun/Ask her how many times she came, she said 21, 21,” the Bronx native rapped.

Latto was also complimentary of 21 when speaking to Apple Music’s Nadeska Alexis earlier this year about her chemistry working with the Slaughter Gang frontman.

“[21 Savage] is one of the male Atlanta artists running it, and then I’m the female running it, hands down,” she said. “I think it’s just that Atlanta chemistry. I’ve opened up for 21 way back in the day. I was probably 15, 16, or something like that.”

Latto has been open that she’s in a relationship, but has kept her partner’s identity private throughout her rise to fame. For her 23rd birthday, her boyfriend gifted her a brand new Lamborghini Huracan Evo.

Latto revealed to Hollywood Unlocked‘s Jason Lee earlier in 2022 that she’s been in a relationship for about two years.

“I don’t like to speak on it. I just don’t make it a public thing,” she said. “I feel like I have to expose so much of my life unwillingly and I don’t wanna expose it.”

As far as new music, Latto returned with the D.A. Got That Dope-produced “FTCU” featuring GloRilla and Gangsta Boo on Friday (December 2).