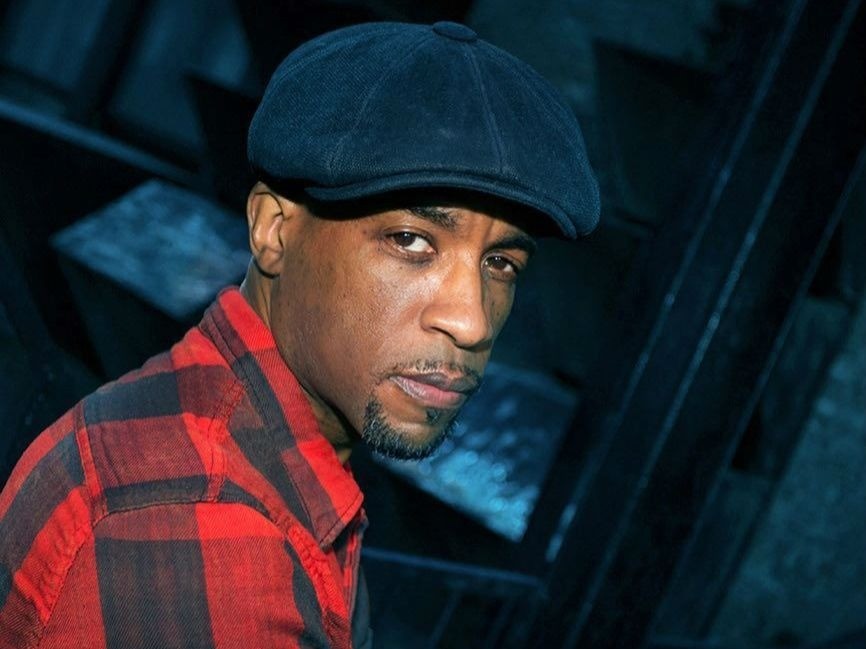 Although he sometimes doesn’t get the credit he should, Masta Ace is a certified Hip Hop legend. After jumping on Marley Marl’s groundbreaking posse cut “The Symphony” in 1988, Ace has worked tirelessly to establish himself among the Hip Hop elite.

But here’s the thing many people might not know about Ace — he’s one of Eminem’s favorite MCs. In fact, before Em was the rap powerhouse he is today, he was bumping Ace’s 1993 SlaughtaHouse record while mobbing around Detroit in a bona fide hooptie.

“He [Eminem] told me that my album SlaughtaHouse was a very important album for him and his crew the guys,” Ace explains. “He was running with D-12. He said that’s the album they used to play all day driving around in a beat-up car. So, that album has a special place for him because of the time, you know, simpler times. It wasn’t about money.

“They were just all broke and hanging out, playing music. And he said that summer, 93′, they just played that album non-stop the whole summer and he still remembers it. That’s what stands out to him.”

He adds, “I thought it was a cool honor. I’m a fan of his just as much, so somebody like himself who was super talented and has so many fans and sells millions and millions of records — that was nice.”

Em, who would go on to oversee a group named Slaughterhouse, even rattled off Ace’s name during his acceptance speech at the 45th annual Grammy Awards in 2003, citing him as a huge inspiration.

Now with seven solo albums under his belt, Ace’s catalog is continuing to expand. After dropping The Falling Season in 2016, Ace is ready to unleash A Brooklyn Story this fall.

Produced entirely by Marco Polo, the album takes an unorthodox approach. Instead of Ace writing about his life, he writes about Marco’s journey from Toronto to Brooklyn, and what he experienced along the way.

Part of that journey includes Ace. Polo met The Juice Crew alum in 2004 while he was working as an intern at The Cutting Room studios in Manhattan. Marco, whose parents emigrated to Canada from Italy before he was born, admits he “broke all the rules” and slipped Ace a demo.

From there, it was on. Marco ended up producing “Do It Man” from Ace’s 2004 project, A Long Hot Summer. A Brooklyn Story will mark their first full-length collaboration.

“This album is all about Marco,” Ace explains. “I’ve done so many concept records that tell bits and pieces of my life story. I just thought that this was a really cool opportunity to tell somebody else’s story, in this case Marco’s. I thought fans would really enjoy that. He has a very interesting story and how he got from point A to point B, so it was actually a fun experience to get his parents involved in the skits and all that.”

“This is 100 percent Ace’s idea,” Marco adds. “I would have ever thought to do that. He’s the one that brought it to the table. He wrote all the skits for the most part, and he birthed this idea so props to him for that.”

And Ace deserves the props. The seasoned Hip Hop vet sometimes gets omitted from the conversation when it comes to legendary MCs, which keeps a fire lit inside.

“I walk around with a chip on my shoulder, feeling like I still have something to prove,” he admits. “That’s what motivates me. Keeps me writing the best lyrics I can write.I think some artists, when they kind of ‘made it,’ the tendency is to kinda sit back and say, ‘I’m the man now.’ And I never wanted to be a victim of the feeling.

“I’ve always kinda used the idea that I wasn’t getting the proper credit or whatever or respect. And for that reason, it kept me motivated and kept me going and kept me in that hungry state of mind.”

A Brooklyn Story is expected to arrive in October. [apple_news_ad type=”any”]