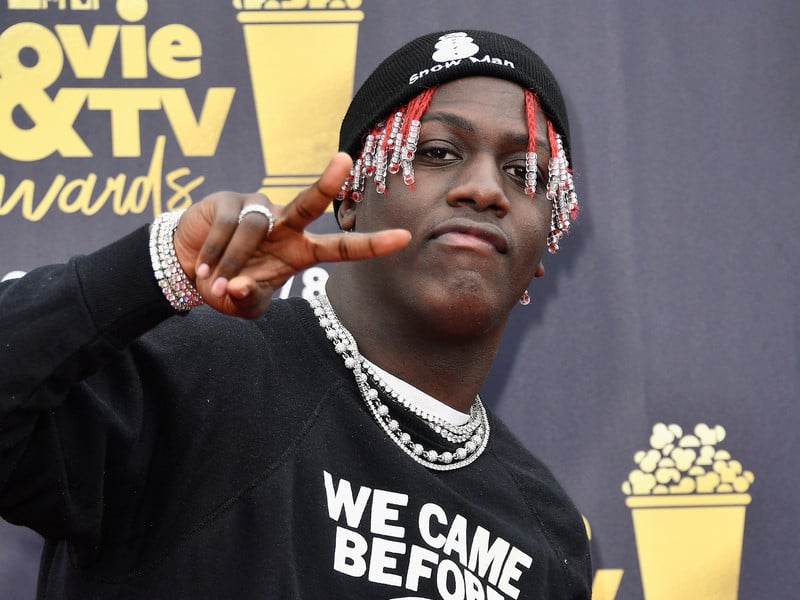 Toward the end of the first song on KYLE’s recent album Light of Mine, his friend and collaborator Lil Yachty enters the soundscape for the first time. Contrary to what might be expected from the rapid-fire “Lil Boat” ad-libs that announce his arrival, he’s not rapping; instead, he plays the role of KYLE’s conscience, advising him to leave the negativity in the past and focus on his growth.

Sporadically appearing throughout the album to provide well-timed words of encouragement, the project gave Yachty the opportunity to try his talents in a slightly different lane, casually reciting his lines rather than spitting them with rhythm and cadence.

“KYLE had it just like the movie, structured out the way he wanted it to be,” he said about working on the album. “It wasn’t that difficult, pretty much like doing a favor for a friend.”

The cheery, uplifting energy that shone through on Light of Mine is nothing new for Lil Yachty, who’s kept that spirit a constant through much of his catalog. However, sharing that positivity in brief moments of dialogue rather than a typical 16 bars could be seen as a precursor to his next foray: the upcoming flick Teen Titans Go! To The Movies. The red-braided rapper will voice Green Lantern, who aids the teenage quintuplets on their quest to become Hollywood’s newest stars.

Despite the casting, Yachty finds more similarities between himself and Robin, while noting the differences between the current series and the original cartoon that ran a decade prior.

“Robin, as far as leader characteristics, and just being a star,” he said, comparing himself to the Boy Wonder. “Robin from Teen Titans Go! not like Robin from the real … those are two different Robins.”

Yachty is more than excited for his debut role in a major film, especially with it being the Teen Titans franchise. He’s been a devoted fan of the series for years and says watching the reboot was an integral part of his college routine while he attended Alabama State University. It made his decision a no-brainer when he got the call to be a part of the movie, aiding in his pursuit to expand his brand outside of music alone.

The film follows the Teen Titans as they try to join the ranks of the “real” superheroes with their own movie. Along the way, they encounter an evil archenemy by the name of Slade, who they’re forced to deal with in order to keep the world from falling into disarray.

Yachty isn’t the only musician taking part in the hijinks. Singer-songwriter Halsey voices the character of Wonder Woman, while big-ticket actors such as Nicolas Cage (Superman) and Will Arnett (Slade) will also be involved.

Lil Boat didn’t have too many direct interactions with the rest of the cast due to his busy schedule, though. Instead, he recorded most of his lines whenever he was available. He noted how the process of working in the studio with a team of actors and directors wasn’t much different than his previous collaborations with various rappers and producers.

“Working with actors, it was literally the same,” he said. “Sometimes you watch the scenes just to get an idea of how to act, but pretty much the same.”

He also found parallels in the recording process itself, explaining how the two media shared crucial details that were important to focus on. Inflections and delivery are paramount in today’s Hip Hop landscape, and after years of paying attention to those technical details, the movie directors were instantly happy with his performance.

“Recording is actually very similar, just being in the studio and talking into a microphone,” he said. “Expressions are very important.”

All in all, the filmmaking process was an enjoyable experience for Yachty, and he’s looking forward to his next opportunity. He says appearing in a movie has been a goal of his for some time, and he’s happy with how the project turned out.

“Everything,” he said when asked about the type of roles he’s looking for in the future. “I don’t want any labels, I want to try everything. I’d be happy to get into it.”

Teen Titans Go! To the Movies debuts in theaters on July 27.