Review: KYLE's "Light Of Mine" Shines Optimism Into Dark Times 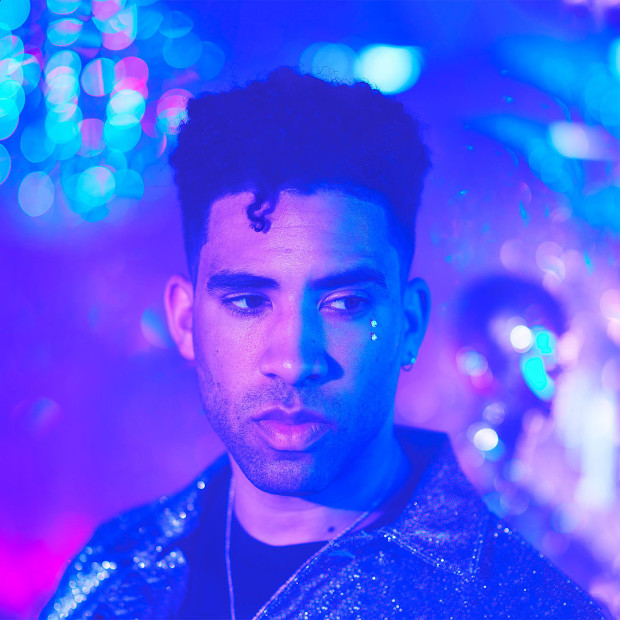 The once “Super Duper” KYLE just might be the new-age Fresh Prince. His style of sugary rap is one of an endless repetition of versions over the years, but a more refined take on recent moves. It’s an obvious jump off of his co-signing partner Lil Yatchy and his FLAMIN Hot Cheetos braids and pizza fixation. But Yatchy’s lyrics are decidedly adult, so now we have PG-13 rapper KYLE, who makes his mark with the inevitable wholesome take on the race to capture the youth’s attention.

His debut full-length album, Light Of Mine, hammers home the basic mantra of Billboard chart-topping “iSpy:” “Ain’t frowned since ’06/Ain’t cried since ’01.” Nope, not much to worry about here.

Whether it’s utilizing ’80s aesthetics, dripping in childish references to role-playing games, Six Flags, and even a “Zenon” shout (the Disney Channel movie about a preteen girl living in space), KYLE’s relatability to his younger fanbase is undeniable. The track “Babies” sums up the album pretty well, which acknowledges how he’s still learning to understand the world while equipped with just 25 years of life. (“Yeah I know I’m immature/ And you change your mood like clothes,” he raps innocently and inanely.)

However, there is a level of optimism to appreciate buried in his honesty; a sense of musicality and relief from the overwhelming state of negativity. It may be full of baby talk directed wholly at little kids, but it’s not entirely a work of child advertising. KYLE is markedly better than the goofy ages of LMFAO and completely less nerve-wracking than the recent Lil Tay formula. The project also drops at a time when pop is overwhelmingly on some sadboy levels and unrelenting accusations of abuse plague many of today’s top rappers. A dude like KYLE might provide a counterbalance that some people badly need.

Its unrelenting positivity is actually an intentional salve for depression. Intro track “Ups & Downs” exposes some deep struggles that he usually paves over. KYLE asks himself, “Why is you rappin’ ’bout happy?/ Think about all the bad shit that happens/ You know the inside, you feel crappy.” From there, the album is about speaking happiness into existence, with only a couple brief references to that sadness stated clearly in its outset.

On the downside, Light Of Mine is, well, light on substance. The production is a playground ball pit full of bubbly melodies, bouncing drums, video game sounds and toy pianos. His lyrics are party grab bag of flighty distractions, all delivered in an upbeat cadence, complete with a babyish lisp and discursions into ‘90s R&B. The lyrics are almost entirely about girl problems with some asides about being rich. It’s a straightforward album, and maybe that’s part of the appeal: No unwelcome surprises.

Rap music may never be a place to find role models, but at least the animated KYLE identifies as one the good guys.