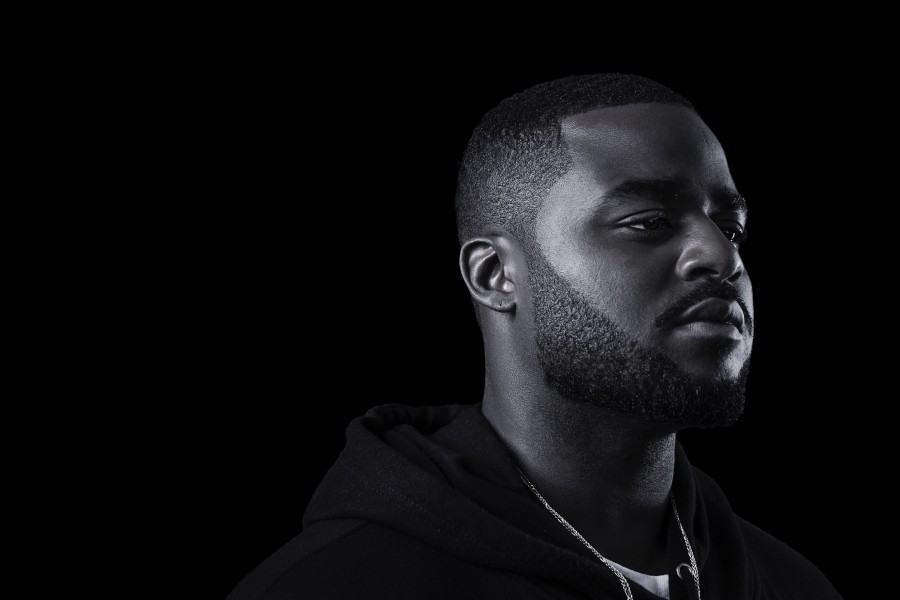 Meet The Hungry, Young Rapper With The Balls To Remake GZA's "Liquid Swords"

As far as legacies in rap collectives go, it’s hard not to put the Wu-Tang Clan at #1 in any statistical category. The Shaolin MCs have more moving parts than an octopus, thus enabling them to rack on more wins on sheer volume alone.

But as even some of the Wu-Tang members or other Hip Hop legends have discovered, duplicating magic isn’t as easy as announcing it. So the likelihood of an up-and-coming artist winning off a remake doesn’t bode that well for excitement all the same.

Don’t tell that to The Faze, the Cali native whose name has been buzzing in his Inland Empire region for some time now. He’s been touched by the spirit of the GZA/Genius and RZA/Abbott beats for a Liquid Swords tribute mixtape.

And to top it off, he’s not even a super Wu-Tang Clan head. Go figure.

HipHopDX: Did you get a chance to catch up with any members of the Wu while they were out here for their show in L.A.?

DX: How are you not a Wu-Tang fan and you’re remaking Liquid Swords?

The Faze: Because! I was with the homie and I was freestyling and shit and every beat that came on, I was like ‘Yo!? what beat is that?’ And he, every one he played was from Liquid Swords so I was like ‘Damn! I’ma make a mixtape!’ Because I liked all the beats.

I’m not a super Wu-Tang fan but I respect it though! It actually made me go back and listen to the album. I thought it was pretty dope.

DX: The album is definitely considered a classic in many circles. So you didn’t study the album beforehand at all?

The Faze: Nah, that’s what I was saying. I went and recorded it after [I freestyled]. That’s why if you listen to them, the songs are so different. You can’t really hear any influence from Liquid Swords on that project.

DX: You can definitely hear the Cali influence you spliced on it. One of the standouts from GZA’s album has been “Labels” where he talks about the music industry and you flipped that concept well. Being an up-and-coming artist and using your experiences talking to different executives, would you say we need record labels these days?

The Faze: I would say if it’s like necessary for what you’re doing but at the same time, if you already have shit going and got your team or whatever, you really don’t need a label. You just need the right resources and know the right people to make it happen. It work for some people and for others, it don’t.

For me, I still got building to do independently. I’m still early in the game right now. I want to build a legacy.

DX: Leading up to this Liquid Swords project, how deep does your discography go?

Faze: Well I was on the Made in America mixtape that Baron Davis put out the Crips and Bloods documentary. That was like in 2008 and he did that with Don Cannon and DJ Drama. Kendrick [Lamar] was on there as K. Dot, Jay Rock, a few others. I put out a solo project [in 2013] called The Suicide Note. It made HipHopDX. I’ve been doing this for a minute.

DX: Which one of your producers put together the Liquid Swords joint?

The Faze: My man Henry! He does shit for Red Bull. They’re all the original RZA beats but he did do the mixing and mastering.

DX: Do you think you have any issues with the sample clearances?

The Faze: Nah, because we ain’t monetizing off of it. We just putting out on SoundCloud and YouTube and not really getting paid on it. I’m just sparring on it a little bit. Nothing big.

The Faze: That’s actually a real story. That just so happened when I was creating Liquid Swords so I just went in and told exactly what happened I put in the music.

DX: What do you think GZA’s reaction will be when he hears it — because he will hear it.

The Faze: It ain’t doing nothing but paying homage anyway. I’m not saying it’s the new Liquid Swords or nothing. It’s just me sparring on beats and paying homage to what’s already been done. And even though I didn’t even listen to it … I didn’t really know about it before I did it … I think his beat selection is dope. I listen to rappers’ beat selection and I liked all those joints.

At the least, [older fans] will say, ‘I don’t really like that he touched it but he did his thing on it.

DX: I think that’s a clearcut example how artists of today can go back to listen to classic rap albums and get inspired.

The Faze: Yeah, because a lot of people even say that [Liquid Swords] is one of their top albums and like I said, I didn’t even know about it. Because you usually hear about the Illmatics, Life After Deaths or Ready to Dies — something like that. Those are the joints I already knew but I really didn’t know about Liquid Swords like that. And it made me go back and listen to other Wu-Tang members too. I seen that they had some dope shit!