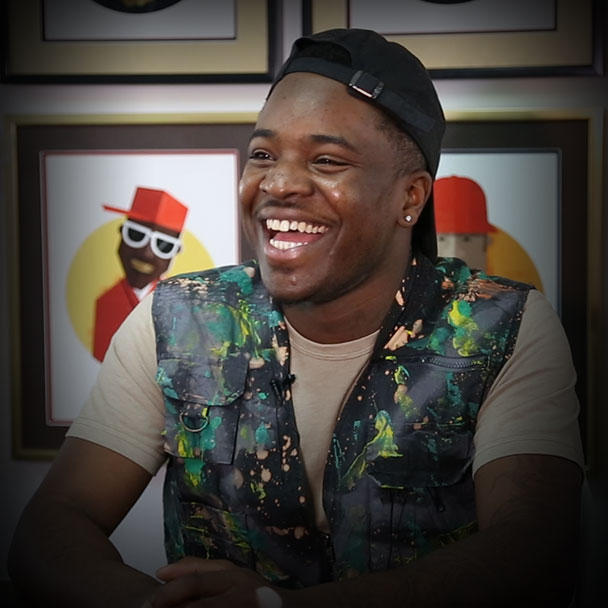 Jay IDK seemed to spring up out of nowhere. Check that. He sprung up out of the mouth of our Media Editor Sparkle Pratt who kept giving him glowing recommendations. “Check him out,” she’d say with a real lilt in her voice. She told me once in early spring and I filed it away for safe keeping. She brought him up again when his sprawling indie project SubTrap dropped, describing it as Section .80 like. She even told us to review it. All those boats, we missed. Then one day I spun Jay IDK’s album up on Spotify and heard something that felt right. I heard five perspectives woven, his foot tapping the rhythm like the pedal bounced to spin garments, intricately into a coming of age story that dared to try at universality. “I get it,” I thought. “Yo, Sparkle, hit him up for an interview.”

The DMV native’s been through real shit, but he admits that not everything presented on SubTrap is done by him. He’s explicit about it because it’s 2015 and you don’t have to be the guy selling dope to fiends to be able to appreciate the narrative. That makes him a mosaic. A quarter humble watcher and a quarter Mr. go get it. Half Jay IDK and half the brother whose roof he keeps over his head. But, drugs, right? It’s defined the modern age in a way that 1950s “howdy, neighbor!” stuff never saw coming. Because the American dream is defined by any means. So while we celebrate the doings of Bonnie & Clyde, and we canonize the industrious lawlessness of the Old West we do not celebrate those shadow folks who destroy to create potential prosperity anywhere. So Narco is great, but only during Netflix and chill. And I don’t blame yall. Moving through crackheads to get into bodegas on Fulton in the 90s wasn’t fun. Watching that desperation and knowing hopelessness might be behind it wasn’t fun.

So SubTrap isn’t fun, either. But it’s reality. And it’s a reality that tries to be as real as possible. Jay IDK is out here to do the same, and, here, he discusses on “On The Rise,” the beginning of a journey that he hopes has no end.