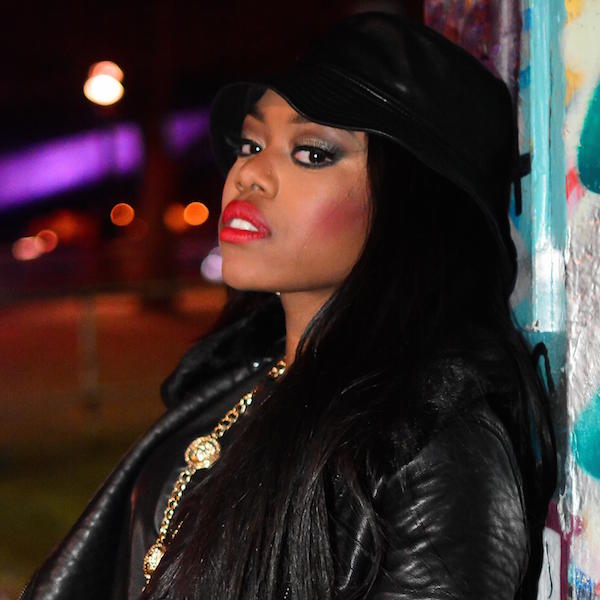 UK Grime’s infiltration into the heartland of Hip Hop has been a long time coming. Almost every upper echelon emcee or artist today manages to find an association with someone involved with the movement from across the pond. Drake and Kanye recently co-signed buzzworthy sensation Skepta. Meanwhile, Stormzy recently snatched a BET Awards win for best international act. Little Simz has attracted a core fan base while receiving love from Kendrick Lamar and Mos Def. Hoping to add her name to this distinguished group of individuals is Lady Leshurr who’s been a UK notable for several years but had a breakout moment in 2015 due to a handful of viral videos.

A change in Leshurr’s output strategy occurred earlier this year in the form of her “Queen’s Speech” series which developed after a string of mixtapes and EPs. “You know we have a Queen here and she has a speech that I believe lands on Christmas day,” Leshurr says. “I just wanted to do a record that people weren’t necessarily doing in the UK at the moment.” Each of the four “Queen’s Speech” videos so far has a commonality to them. First, they’re all shot in one take. Second, she spits with high levels of proficiency that’s only matched by her comical English wit relatable to both listeners from UK and America. One minute, she’s spitting hilarious bars about Rachel Dolezal. The other, Leshurr is using hometown colloquialisms including Famalam which apparently is UK slang for family. “For me, I know a lot of Americans watch me as well so I always have to have something that’s relatable to Americans because some things I say, they’re not going to understands,” she explains. “That’s why I add lines like ‘You’re not that cute.’ I know you guys watch Beyond Scared Straight.” Thematically, the England-native may as well be described as an amusing blend of her biggest influences Eminem and Missy Elliott with a sizable mix of Simon Pegg.

How does she stay in touch with American culture? The same way most millennials do: social media. “ Because of Twitter, you can know what’s going on just minutes after something happens so i get a lot of information from there or Facebook,” she says. It’s been a successful move, popularity of each entry in the series has grown significantly. “Queen Speech 4” reached one million views in about a week when it hit the web in August. “Even the likes of Erykah Badu retweeting and Estelle giving me props,” she explains. “That makes me know my music goes farther than what I thought.” With a solid foundation and momentum already built, the rapper/singer/songwriter as some plans ranging from various projects to international and stateside tours. Leshurr attributes her success to doing “something completely out of the box and it worked.” From the looks of things, her lane is almost paved.