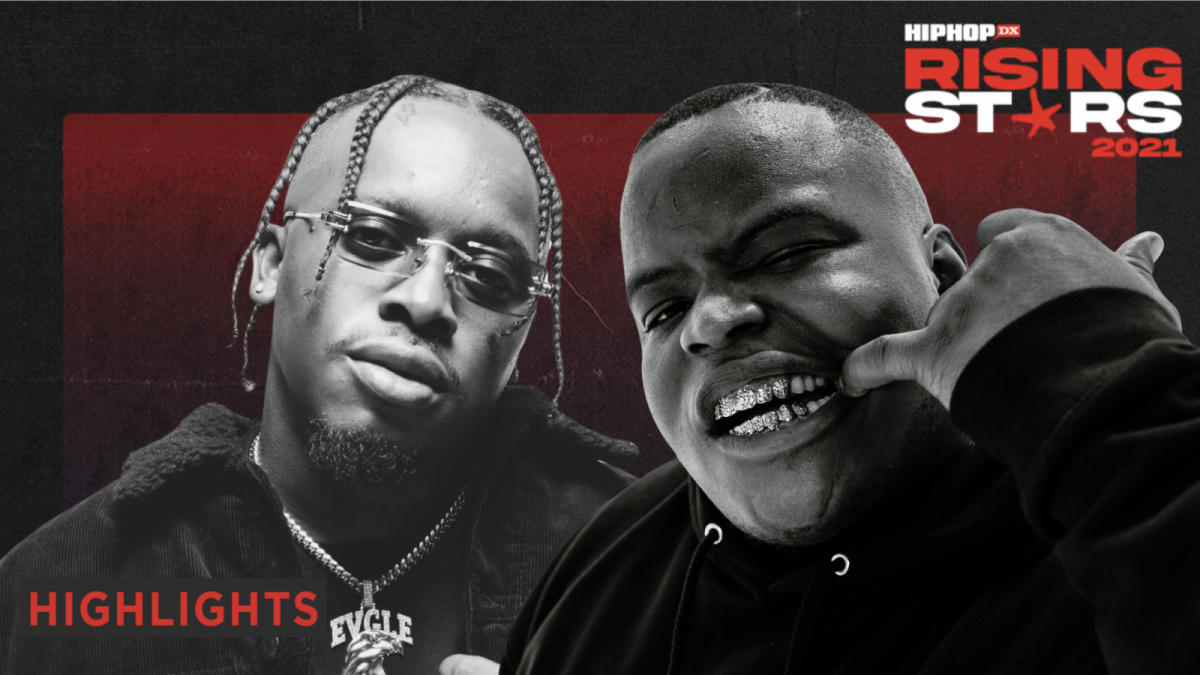 Snoop Dogg Says Blxst 'Got the Key To The City' + Morray Links With Drake While On Tour With J. Cole

Two weeks ago HipHopDX shared a mid-year update on why each of the 10 Rising Stars were the best new rappers in 2021, and how each of them have solidified that compliment.

As the 2021 HipHopDX Rising Stars are moving through the fourth quarter of the year, a few of the stars are still announcing tour dates, as others are becoming acquainted with Hip Hop’s royalty.

Having a Hip Hop Legend like Snoop Dogg not only share the stage with a DX Rising Star, but also be publicly vocal about how much he likes Blxst, is something that many upcoming rappers would love to experience.

After Snoop’s set, he took his respect for Blxst a step further by announcing on the microphone that Blxst “Got the key to the city.”

Blxst responded with, “That’s legendary … ya’ll make some noise for the legend himself!”

As Blxst’s No Love Lost tour is coming towards the end, you still have a chance to catch a show in the upcoming cities of Dallas, T.X., Houston, T.X., Atlanta, G.A.,  Brooklyn, N.Y., Washington, D.C., Chicago, I.L., and Toronto, Canada.

Speaking of touring, 2021 HipHopDX Rising Star Morray has had some of the best moments out of the talented bunch thus far, especially when he featured on J. Cole’s “my.life” single from his The Off-Season album.

As excited as Morray was to announce his fire-feature with Cole, he was even more excited to announce that he would be a special guest on the official The Off-Season tour, along with 21 Savage, which kicked off on Friday (September 24).

However, Morray’s “night one,” kicked off with a shocking bang.

Certified Lover Boy, Drake surprised concert-goers that same night as he shook the building performing his latest hits like “Way 2 Sexy,” featuring Future and “Knife Talk,” from C.L.B. featuring 21 Savage. Drizzy even took out time to give J.Cole his “flowers” while he’s still here to smell them.

The 6 God didn’t stop spreading positivity and love there; he also made time to chop-it-up with Rising Star Morray after the show.

In Morray’s IG post, the two can be seen hilariously laughing with Canadian rapper Preme about something in the second slide, as both Drake and Morray are funny in their own right.

Morray captioned his flick with the Champagne Papi as “Certified.”

The Off-Season tour kicked off in Miami, Florida and concludes April 2022 at the Dreamville Festival in North Carolina.

See which city you can make it to, here.