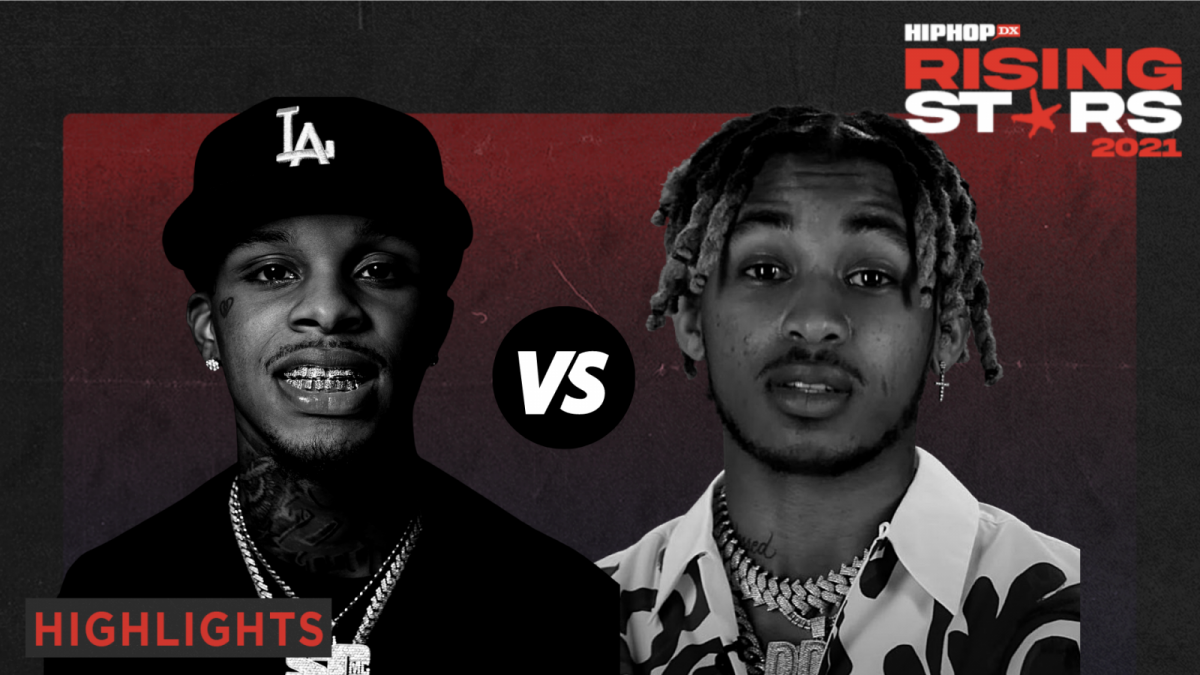 During an interview with DX at Rolling Loud Miami, DDG was asked to name three opponents that he feels he could take-on in the boxing ring.

With no surprise the Social Gloves champion named Toosii – who he has had an ongoing “beef” with for months now.

“I mean I ain’t really got three opponents, I was supposed to fight Toosii,” DDG told DX. “I’m gonna try to bring it together, but we’re gonna see if it can happen or not. But if not I really Ain looking forward to getting in the ring unless it’s like a big official event.”

To refresh memories about where this feud started, Toosii did an interview with DJ Akademiks in which he claimed the tension between DDG has been marinating for months dating back to October of 2020. According to Toosii, DDG DM’d him to ask about his involvement with rapper Rubi Rose. Toosii even took it a step further to back his claims by showing an alleged DM conversation between him and DDG where the “Moonwalking in Calabasas” rapper/YouTuber questioned Toosii about unfollowing him on the Gram.

More into the interview, Toosii had revealed a heated exchange he shared with Rubi Rose, regarding DDG’s DM, in which the “Big Mouth” rapstress replied with:

After multiple alledged subs thrown on social media between DDG and Toosii, the two made it to a phone call where things got worst, resulting in Toosii telling DJ Akademiks:

DDG’s confidence in beating Toosii in a boxing match stems from his big victory against TikTok star Nate Wyatt, back in June. DDG scored 50 to Wyatt’s 43, earning him the title of the 2021 Social Gloves champion.

However, Toosii was asked about boxing as well during the same Rolling Loud Miami festival.

In an interview with DX, Toosii mentioned that he had been boxing for his upcoming tour as a workout, but not for a celebrity boxing match.

“I ain’t doing no celebrity boxing,” Toosii told DX. “Really I only be boxing because I’m dedicated to boxing, like anybody that’s around me will tell you. I wake up and go to the gym like three in the morning … I haven’t really been going to the gym lately because my homie he’s a professional boxer and he has a fight coming up so I’m letting him focus on his fight.”

Toosii went on to say, “The thing is though, I’ve really only been training for tour, my tour is coming up and it’s a good workout. But as far as street fighting? I don’t even want to talk about that because I’ll punch somebody.”

It seems to be that Toosii does not want any part of boxing with DDG, but that doesn’t mean that he can’t hold his own.

Hopefully these two will figure out a way to work out their differences besides throwing blows, but if that is what it takes to settle it, then someone needs to organize this match soon.

2021 HipHopDX Rising Star Foogiano surprised us all with a new music video. The 1017 rapper dropped the visual to “Dead In Miami” on Friday (August 13) while still behind bars.

Sheff G drops  “Run It Up” featuring Sleepy Hallow and A Boogie wit da Hoodie from behind bars. (Watch here)

Toosii is 1 of 10 up-and-coming rappers named to HipHopDX’s 2021 Rising Stars! For more info on Toosii and the rest of the talented Hip Hop bunch, read about them here.