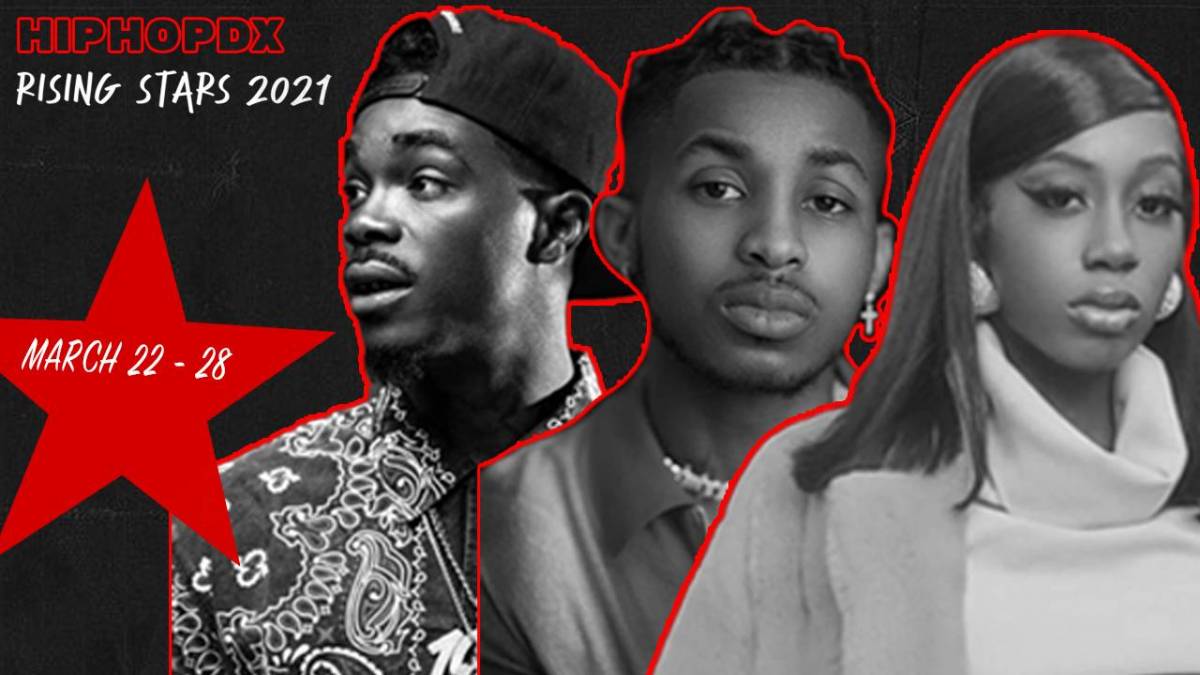 The 1st quarter of the year in full throttle with several new tracks blitzing the scene weekly.

To add to the music frenzy, the 2021 HipHopDX Rising Stars have also been active, with Blxst and Sleepy Hallow recently adding to that tally.

But one Star, in particular, has braved the ongoing COVID-19 landscape to deliver a full body of work in lieu of the current year.

Being a HipHopDX Rising Star doesn’t mean the artist is coming out the gate doing Drake numbers. While the talent may be apparent, it’s up to the Rising Star to shape their own legacy.

With his Blueface-powered “Moonwalking In Cabalasas” single still doing great numbers across the DSPs, DDG linked with Quality Control producer OG Parker for his spotlight release, Die 4 Respect on March 19.

The album sported marquee features with several aces within their demographic (YoungBoy Never Broke Again, Lil Yachty, Coi Leray, fellow Rising Star 42 Dugg) but unfortunately the awareness for the project has dragged a bit. According to Akademiks’ figures, the album is set to only sell 9,000 album-equivalent units but still make the Billboard 200.

An undeterred DDG hopped in the comment section, realizing what he had left in the tank to pump the project and let the people know he was still coming strong.

“I’m underrated at the moment,” he pleaded. Let me warm up laugh now, smd later. D4R gon be charting in its 5-6th week. Give it a listen before you judge.”

The album was entertaining enough to earn a 3.9 rating on DX and has already spawned for music videos. Stream it below.

Flo Milli Is Morphing Into A Hip Hop Renaissance Woman

Since releasing her aptly timed single “Roaring 20s” through her Spotify RADAR campaign, Flo Milli has kept incredibly busy. The vintage sampling record has amassed more than 4 million streams on the platform alone and has traded bars with Soda Baby, Rich The Kid, Mulatto and more since then.

To apex Women’s Month 2021, the Alabama native joined forces with Facebook and brought her hits “In The Party,” “May I,” and even “Roaring 20s” to a special performance within the Facebook group, Girls Who Manifest. According to the group’s mission statement, they exist to “manifest the life, love, body, health and wealth” for all women.

Watch the 15-minute show below!

An incarcerated Foogiano is apparently feeling the strain behind bars.   On Saturday (March 27), Trey Songz was showing love to a flock of women in his Instagram Stories, including rapper Renni Rucci, who puts the love in Foogiano’s Hip Hop.

The 1017 Records star didn’t take kindly to the gesture and went apeshit with the response writing, “Slap the shit out you when I get out @treysongz. From The Mayor.”

To hammer home the message, Big Foo flexed his GTL bankroll and had his team record a wild-ass video.

While Trigga didn’t directly respond, the internet is certain he did with an LMAO emoji and “picture that” caption on an Instagram photo he posted that depicts the veteran singer grinning to no end.

Both Foogiano and Trey Songz are Atlantic Records artists — do what you like with that information.

Morray cleans up the hood with the community by his side. (read here)