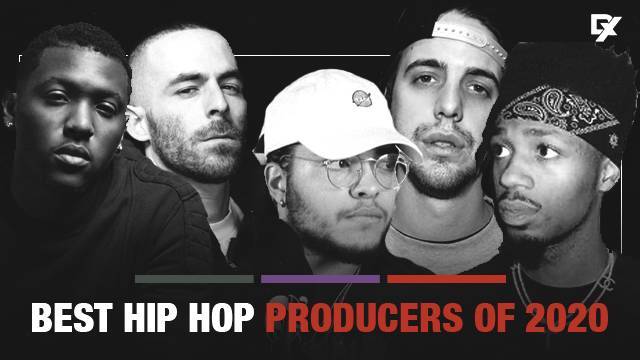 There is no question that Hip Hop producers are just as significant as the rappers who put these hot songs out. Without them, there would be no landscape for these rappers to roam freely and get their verses off. Music is an outlet for some, and in a difficult time where the pandemic puts a damper on things, producers play a role in helping ease the mood.

Every year, HipHopDX staff joins in discussions, debates and sometimes heated arguments to come up with a list for our Year End Awards. You can review all of HipHopDX’s 2020 award categories and nominations. Winners will be announced beginning December 28, 2020.

2020 has been a wild year for Hip Hop, and producers have put themselves at the forefront of it all. There has been a trend lately where producers are putting out records as primary artists and getting the proper recognition they should have received from the start. On top of releasing their own material as primary artists, some of them have been lending their sound to some of the best songs and albums of the whole year.

Listeners have gotten a healthy dose of sounds from all different types of sub-genres in Hip Hop this year, thanks to this group of eclectic producers. From the depths of the traps in the south to the soulful, sample-heavy sound inspired by the gritty sound of the 90s, this selection of producers gave listeners a little bit of everything for every type of Hip Hop fan.

Check out HipHopDX’s list of the top Hip Hop producers of 2020.

The 2020 producer of the year award goes to… There’s still so much more to come from his catalog

It’s almost crazy to believe that Hit-Boy began his career exclusively producing for JAY-Z, Kanye West, Beyonce, and Drake, and he is just hitting his prime within the Hip Hop industry. Hit-Boy entered 2020 fresh off a Grammy win for best rap performance alongside Roddy Ricch and the late Nipsey Hussle for “Racks In The Middle.” The Verzuz battle with Boi-1da in March set the stage for the massive year that was come when Hit revealed a handful of records and referenced the artists he was working with in 2020. The Fontana native produced three of the best Hip Hop albums of the year with Benny The Butcher’s Burden of Proof, Big Sean’s Detroit 2 and Nas’ King’s Disease. He even found enough time to drop his album, The Chauncey Hollis Project, which showed Hit’s skill behind the mic. With rumors going around of a possible collab with Justin Timberlake in the works, Hit-Boy is showing this remarkable run is as strong as ever.

Some Of Our Favorite Producers This Year

The California native made his debut in 1993 One of the older vets on this list is having a hell of a run this year. The Alchemist made a name for himself, producing records for Mobb Deep, Dilated Peoples and more with a sound that grew from the depths of underground rap. He’s been in the game since 1993, and his extensive work over the years speaks for itself. But 2020 was a refreshing year for the legend. He took the reins on projects that brought out the best in some of Hip Hop’s most respected lyricists in Conway The Machine (LULU), Freddie Gibbs (Alfredo) and Boldy James (The Price of Tea in China). On top of providing listeners with some of Hip Hop’s grittiest, soulful albums of the year, Alchemist lent his sound elsewhere. Artists like Westside Gunn, Jay Electronica, Roc Marciano, and more benefitted from masterful production by Alchemist, and it proved a sound inspired by Hip Hop’s golden age can still make noise. He also released two instrumental tapes in A Doctor, A Painter & An Alchemist Walk Into A Bar and The Food Villain.

From YouTube “type beats” to top of the game The French producer made a name for himself buddying up with the younger rappers in the game like Roddy Ricch, Youngboy NBA, Lil Skies and Polo G. But it wasn’t until 2020 when Cash Money AP became more of a household name. AP produced several records on NLE Choppa’s debut album, Top Shotta, including the breakout hit, “Walk Em Down.” He also constructed four cuts off Pop Smoke’s Shoot for the Stars, Aim for the Moon, which went No. 1 on the Billboard 200 chart, and several other countries. If the album placements were not enough, AP signed a deal with Steven Victor’s label, Victor Victor Worldwide. Through the new partnership, AP founded his own label, Cash Gang Records, home to several young up-and-coming producers, including YoungKio, who produced Lil Nas X’s “Old Town Road.” Harry Fraud’s work in 2020 will probably get lost with the high-profile names on this list, but there is a reason why his name is here in the first place. Fraud used his 2020 by keeping busy releasing projects with Jay Worthy (Eat When You’re Hungry Sleep When You’re Tired), Meyhem Lauren (Glass 2.0), and Larry June (Keep Going). It was his work with Curren$y that stood out the most this year. The music Fraud put out with Spitta in 2020 had not only brought fresh air to the New Orleans rapper but rightfully placed Fraud in the conversation of the best producers of the year. To capitalize on the massive buzz they were getting, Fraud and Curren$y released not one but two separate projects in the year. The first project, The OutRunners, is widely considered by critics as Curren$y’s best project in a while, and the second offering, The Director’s Cut, extended the impressive run the duo was on. Fraud is not showing signs of slowing down either. He recently collaborated with longtime friend French Montana to produce the fifth installment in the Bronx rapper’s Coke Boys mixtape series.

A year-long break shows no rust on the Atlanta producer Metro-Boomin has remained one of the most in-demand producers since making his breakthrough in 2013. He has collaborated with several big-name artists like 21 Savage, Migos, Travis Scott, Drake and Future, and had a No. 1 album on the Billboard 200 chart with his debut, Not All Heroes Wear Capes. Metro took a break for most of 2019 but made a grand return the following year. In March, Metro contributed to four records on one of the biggest albums of the year, The Weeknd’s After Hours. The album was such a success it went No. 1 in 14 different countries. The lead single “Heartless,” which Metro produced, saw great chart success. Metro continued his remarkable return when he linked up with his close friend 21 Savage for the sequel to their 2016 collaborative album Savage Mode. The critically-acclaimed album gave Metro his second chart-topper and reinserted him into the topic of best producers in the game for the dark, menacing sound he was able to capture with 21.

The producer collective is proving they belong

The Internet Money collective has been crafting beats for some of Hip Hop’s newest stars since 2016 but it wasn’t until this year things really took off. The family of producers released their debut album B4 The Storm which contained one of the year’s best songs  “Lemonade” featuring Gunna, Nav and Don Toliver.

The young producer used to be a fixture on Vine

Social media star Jay Versace surprised everyone when Westside Gunn used one of his beats on “Versace” off Pray For Paris in 2020. Just when people were gathering themselves after the shocking revelation, Versace stunned them again when he produced Griselda newcomer Boldy James’ excellent The Versace Tape.

Griselda’s in-house producer is a problem

The work that Daringer has put in with the Griselda camp over the years can’t be overlooked. In 2020, Daringer leveled up and had his hands on 3 different projects from Westside Gunn and Conway The Machine.

Although he’s a member of Internet Money, Nick Mira made a name for himself on his own working with XXXTENTACION and Juice WRLD on some of their biggest hits. 2020 was an even bigger year for Mira as he produced tracks with several other artists including five tracks off Juice’s posthumous Legends Never Die.