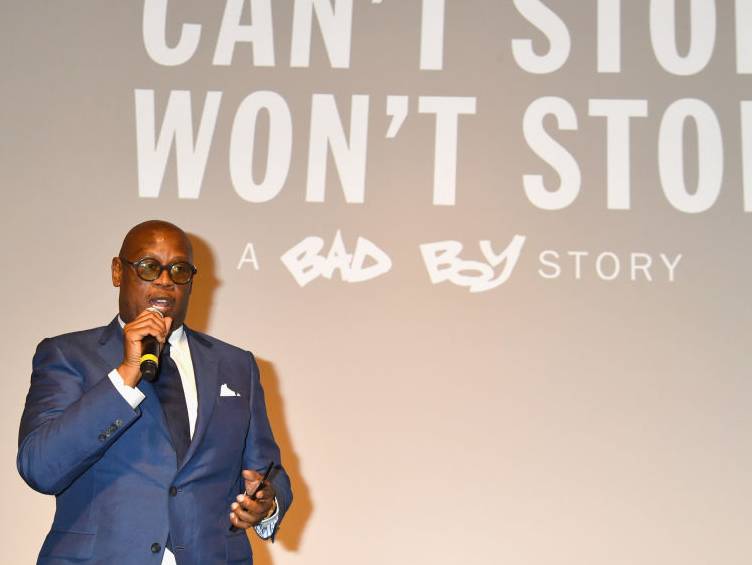 12 Ways Andre Harrell Put On For The Hip Hop Culture

Over a career that spanned close 40 years, entertainment icon Andre Harrell was a major player in the expansion of Hip Hop, R&B and successfully produced television programs as well as major motion pictures. As a record label owner, executive and industry insider, Harrell helped to create the blueprint that many Hip Hop entrepreneurs followed. His legacy and imprint have left an indelible mark on the culture.

In the celebration of the life of Andre Harrell, who recently passed away at the age of 59, we at HipHopDX have compiled a list to honor his legacy. 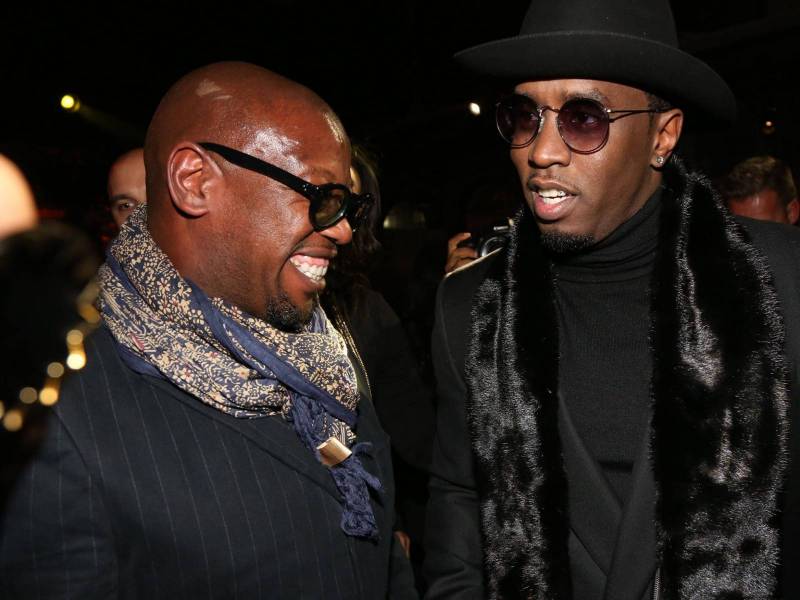 Diddy Reacts To Andre Harrell's Death: 'I Can't Even Imagine Life Without Dre'

Andre Harrell Was One Half Of Rap Duo Dr. Jekyll & Mr. Hyde

While Andre Harrell is primarily known for his exploits as an executive, he began his storied career as an MC. He was one half of the pioneering rap duo Dr. Jekyll and Mr. Hyde with his partner Alonzo Brown. The pair had a couple of hits that made the Billboard Hot R&B Songs chart. “Genius Rap” in 1982 which sampled the Tom Tom Club and “A.M./P.M.” in 1984. They dropped their sole album, The Champagne of Rap in 1985.

He Supported The 1985 Film Krush Groove

In 1985, Hip Hop was hitting its stride in the mainstream with the release of Krush Groove, which documented how Russell Simmons and Rick Rubin founded Def Jam. The film starred the biggest stars of rap music at the time including Kurtis Blow, Run-DMC, The Fat Boys, Sheila E., New Edition, The Beastie Boys and several others. But Andre Harrell was apart of one the films most memorable scenes, foreshadowing his eye for talent as he convinced Run-DMC and Rick Rubin to hear one audition which happened to be a young upstart named LL Cool J.

Harrell Was A Def Jam Executive

Heartbreaking – No words, my best friend 💔 always compassionate, good-hearted, full of love and.. what a beautiful legacy he leaves in this world… All the inspiration, direction and support he gave to so many… So many can say they are successful because Andre Harrell gave them their start. He was so beloved because he made his living uplifting others… We celebrate him in his passing because we were so blessed for his presence… He gave everything he had. God makes the best plans R.I.P @andreharrell

When Dr. Jekyll and Mr. Hyde called it quits andre Harrell began his tenure as one of the most important Black executives in the music business. He started working with Russell Simmons’ Rush Management where he helped to mold the careers of LL Cool J, Run-DMC and Whodini. Then, he worked his way up to Vice-President and General Manager of Def Jam.

After leaving Def Jam, Harrell’s next venture would be the creation of Uptown Records in 1986. At 25-years-old, he founded Uptown as a joint venture with MCA. His first project was the compilation album,Uptown Is Kickin’ It, featured Heavy D and The Boyz, DJ Eddie F, Marly Marl and many more. Uptown became the “champagne label” of Black culture with a roster consisting of Guy, Al. B. Sure Jodeci, Mary J. Blige, Christopher Williams, Father MC, Monifah, The Lost Boyz and a young, pre-Bad Boy Biggie Smalls.

By 1991, Uptown was going strong as a luxury, lifestyle brand of black culture. But the label was on its way to even greater success when Harrell discovered Sean “Puffy” Combs. Combs came to Uptown as a 19-year-old intern/Howard University/party promoter, upon the recommendation of Heavy D. Combs kept Uptown on the cutting edge in the 90s as he injected his signature style into the music and the visuals of the artists (all the while commuting back and forth from New York to D.C.). Combs would rise from intern to head of A&R under the guidance of Harrell.

With the acquisition of R&B group Guy, Harrell became instrumental in the development of New Jack Swing. Created by super-producer and composer Teddy Riley, New Jack Swing meshed elements of R&B, soul, funk, dance and, of course, Hip Hop. The sound was the soundtrack of Uptown Records as it would boost the careers of everyone on the label and a plethora of other stars, including Michael Jackson, Janet Jackson and Johnny Gill.

Mary J. Blige is the undisputed “Queen Of Hip Hop Soul” and her reign began at Uptown. Coming to the label at 1992, Harrell had a hand in creating another genre of black music that Blige embodied. With her first two albums What’s The 411? and My Life, Blige’s work became the template for the melding of soulful singing over Hip Hop samples and tracks. Hip Hop Soul is now the standard of excellence in black music. 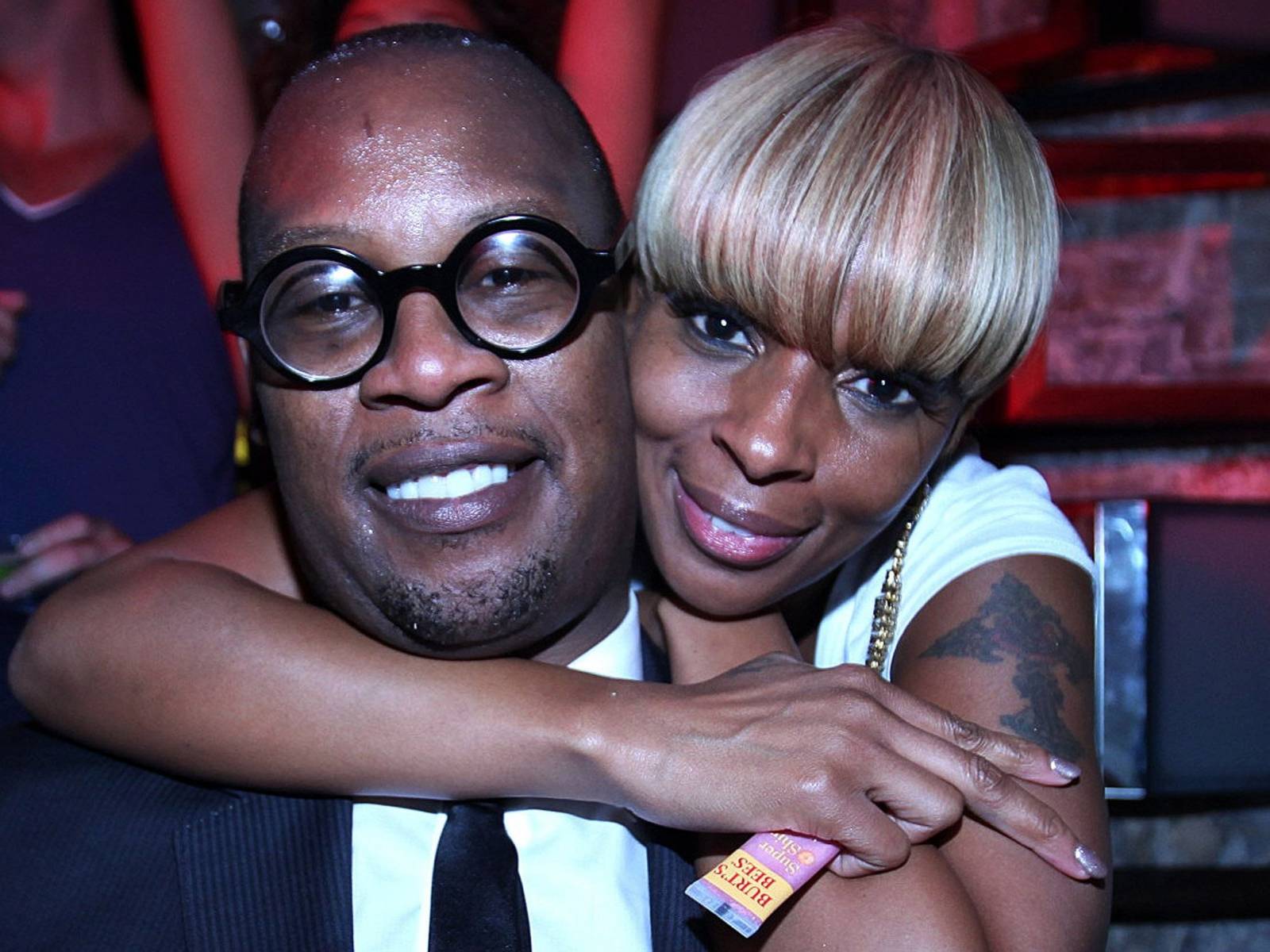 Mary J. Blige In Shock Over Andre Harrell's Death: 'This Can't Be Real'

Strictly Business, a film produced by Harrell in 1991, captured the essence of Uptown Records and New Jack Swing. Written by Nelson George , the cult classic starred Tommy Davidson, Joseph C. Phillips, Anne-Marie Johnson and Halle Berry in her first role as a lead actress. Along with the film, Harrell also produced Honey starring Jessica Alba, which grossed over $60 million at the box office.

Harrell Was Producing BET A Mini-Series About Uptown Records’ History

At the time of his death, Harrell was in the process of developing the treatment for a BET mini-series chronicling the story of Uptown Records, with Harrell serving as executive producer. The series was scheduled to debut sometime in 2020.

The goal of a mentor is to ensure the success of the mentee. Without question, Harrell’s lessons and the opportunities he offered Diddy put him on a path as one of the most successful people in business today. After getting fired, Diddy took all he learned from Harrell and Uptown and created Bad Boy Records, producing platinum-selling superstars like The Notorious B.I.G, Craig Mack, Faith Evans, Ma$e, The Lox, 112, Total, Black Rob and many more with assistance from the man who gave him his start in the biz.

Keeping a close relationship across the years, Harrell would eventually become president of Bad Boy and Vice Chairman of Revolt TV and Media.