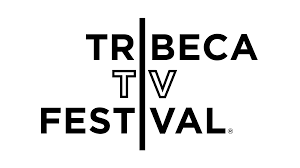 Just as last year’s Tribeca Film Festival played to the Hip Hop crowd, so too does its sister festival, the Tribeca TV Festival. Now in its third year, this year’s festival — which takes place from September 12th to September 15th, 2019 — features both traditional, terrestrial television offerings and streaming television offerings.

Similar to Los Angeles’ PaleyFest — in which television’s brightest stars come to promote their latest offerings, in the hopes that they, too, will have a hit TV show on their resume — the Tribeca TV Festival features appearances by today’s hottest stars and their equally talented directors.

And, since Hip Hop has all but woven itself into the fabric of society, some of its biggest stars are also showing up and showing out at the Tribeca TV Festival. Here are 4 shows that are sure to please Hip Hop’s biggest fans.

Based on the 1996 “revenge comedy” film of the same name, The First Wives Club features none other than R&B songstress Jill Scott as Hazel, a superstar going through a high-profile divorce. As she deals with the fallout of the split, she relies on her friends Bree (Michelle Buteau) and Ari (Ryan Michelle Bathe), who are also going through their own marital problems. The sisterhood reigns supreme, of course, and the girls learn that they can face it all as long as they have each other. The First Wives Club will air on BET+, a new streaming service which will launch in the fall.

This docu-series is co-produced by Ahmir Thompson and Tariq Trotter, better known as Questlove and Black Thought, respectively. Rather than focus on the history of Hip Hop, Hip Hop: The Songs That Shook America chooses to focus on specific songs that changed the course of the genre’s history. Episode 2, for example, focuses on Kendrick Lamar’s “Alright,” and the “talking heads” that deconstruct the song talk about everything from the socio-economic conditions surrounding the track to the artists it influenced in its wake.

The Godfather of Harlem

Set in 1960s Harlem, The Godfather of Harlem is a crime drama based on a true story that features Academy Award winner Forest Whitaker in the title role. After returning home from Alcatraz, where he served an eleven-year stint, Ellsworth “Bumpy” Johnson (Whitaker) struggles to take back his Harlem neighborhood from the control of Vincent “Vinny The Chin” Gigante (Vincent D’Onofrio). Along the way, he befriends none other than Malcolm X (played by Selma star Nigel Thatch, who bears a striking resemblance to the fallen civil rights leader).

Worried about what happened to Mike Colter after Luke Cage got the ax? Worry no more — he has a new job starring in CBS’s upcoming Evil, slated to air in the fall. Colter stars as David DaCosta in a drama that has more than a few supernatural elements. Michael Emerson, Skylar Gray, and Maddy Crocco also star in the show.