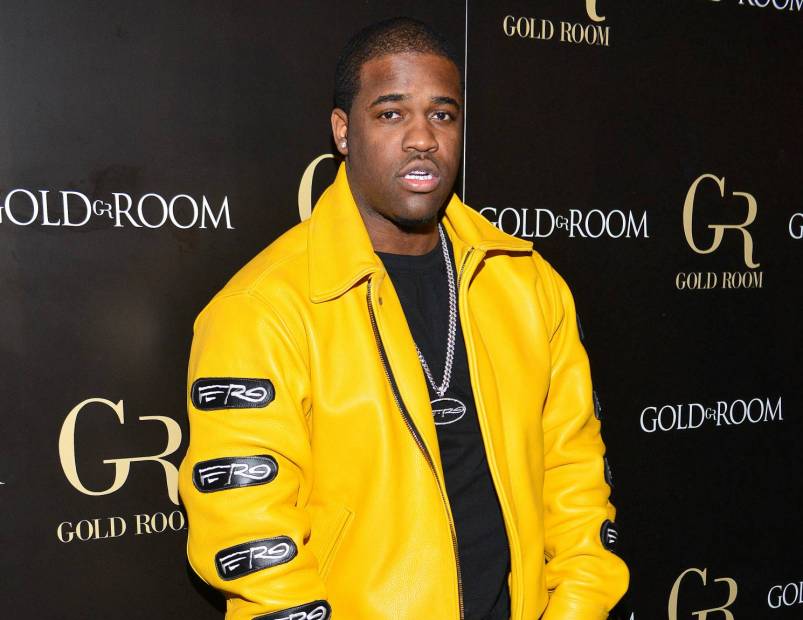 The Tribeca Film Festival has become just as much of a part of the fabric of New York City as the Statue of Liberty, the dirty water hot dog, and the perpetually lost and overwhelmed tourists.

Since Hip Hop is just as much a part of the fabric of New York City as the festival itself, it also shows up and shows out over the course of ten days.

While each year’s offering is different from the last, 2019’s Hip Hop cinema is proving to be in a class all its own. Here are the ones you definitely need to keep your eye on this year.

HERE’S TO STRONG WOMEN!! Every #MarqueeMonday this month is dedicated to #WomensHistoryMonth 💝 Tag your pic under our famous marquee and we might choose yours to show off! 📸 @abigailaldridgemillinery @fbphotogllc 🙌🏾 . . . #womenwhowow #apollo #apollotheater #harlem #celebratewomen

The Apollo is the legendary Harlem theater that was — and to a lesser extent, still remains — the breeding grounds for some of the most influential urban music in the world. Whether your preferred genre was Hip Hop, R&B, soul, funk or even gospel, the American culture staple was your first-ever trial-by-fire as a professional musician. To get a standing ovation at this theater was to gain entree into the pop culture zeitgeist — but getting booed off the stage would spell an unceremonious end to your career.

Now, The Apollo is getting the documentary treatment at this year’s Tribeca Film Festival, and HBO Pictures is hosting its world premiere. The Apollo will kick off the festival itself, and features interviews with superb talent like Patti LaBelle, Pharrell Williams, Smokey Robinson, and Jamie Foxx. It will also feature a new production of Ta-Nehisi Coates’ Between the World and Me, as performed on the theater’s main stage.

Featured in Tribeca’s “Spotlight Documentary” series, and produced by Forest Whitaker and his co-producing partner Nina Yang Bongiovi, Devil’s Pie – D’Angelo focuses on the famed and acclaimed R&B singer that was on the precipice of international superstardom at the turn of the millennium. But then, in 2000, he disappeared from the public eye completely. This film explores the long-standing question of “why?” and follows the “Untitled (How Does It Feel)” singer as he prepares for a comeback and a world tour.

A Kid From Coney Island

Former NBA star Stephon Marbury is the subject of this documentary, which is the second Tribeca Film Festival entry produced by Forest Whitaker and Nina Yang Bongiovi. Chike Ozah & Coodie Simmons — known to Hip Hop fans as the “Coodie & Chike” team of directors responsible for music videos like Kanye West’s “Through The Wire” and Lupe Fiasco’s “Old School Love” — sat behind the director’s chair for this film, which chronicles “Starbury Marbury’s” rise to the top.

A Kid From Coney Island will also be featured as part of the Tribeca/ESPN Sports Film Festival.

I don't just interpret the music, I become the emotion of it. pic.twitter.com/pB7hAwwK9R

Sometimes, Hip Hop goes mainstream — and sometimes, the mainstream goes Hip Hop. The latter was the case with Lil Buck, a dancer who grew up jookin’ and buckin’ on the streets of Memphis. Though this type of “gangsta walking” is normally performed to crunk-and-krump music (naturally), Lil Buck went viral with a video of himself jookin’ and buckin’ to Camille Saint-Saëns and cellist Yo-Yo Ma’s “The Swan.”

In addition to providing insight into the very unique style of urban dancing, Lil Buck: Real Swan is an intimate portrait of the dancer himself.

Hello, my name is slick and I’m addicted to flexin’ HEYYY SLICKKK

A$AP Ferg stars in this rather interesting feature film, which also stars Slick Woods, George Sample III, Danny Hoch, Khris Davis, and Marsha Stephanie Blake. Goldie is a woman who takes care of her younger siblings while her mother rots in jail, but ultimately wants to be a music superstar. On one hand, she’s got CPS breathing down her neck; on the other, she’s got “her big break” in a music video coming up.

Goldie is a stereotypical New York fable, but one that made a splash at other festivals, like Berlin and Toronto.

Reggae legend Ken Boothe’s name may not ring any bells off-hand, but his most famous song — “Moving Away” (heard above) is one of the most sampled songs in Hip Hop, funk, R&B today. Big name artists such as Bruno Mars have been known to swipe a few distinctive notes from Mr. Rocksteady’s track.

Inna De Yard features interviews with both Boothe and other influential — albeit, not necessarily mainstream — artists like Kiddus, Winston McAnuff, Cedric Myton, and Judy Mowatt. Best of all, after the premiere screening of Inna De Yard, guests will be treated to a live special performance by the man himself.

Happy International Women’s Day! “Pain, pleasure, and death are no more than a process for existence. The revolutionary struggle in this process is a doorway open to intelligence.” – Frida Kahlo Just a reminder to all you AMAZING WOMEN #futurebeenfemale • Today’s muse #fridakahlo 👑 Photo @photorobnyc

Hip Hop and fashion have always had a symbiotic relationship, but few films have taken the time to explore why that is or interview the pioneers of Hip Hop fashion. But that’s where The Remix: Hip Hop X Fashion comes in. Featuring interviews with such urban fashion pioneers as Misa Hylton, April Walker, Dapper Dan, and Kerby Jean-Raymond, The Remix: Hip Hop X Fashion is a journey of African American creativity and the limitless possibilities of a cultural movement on a global scale.

Tickets for the Tribeca Film Festival can be purchased here.