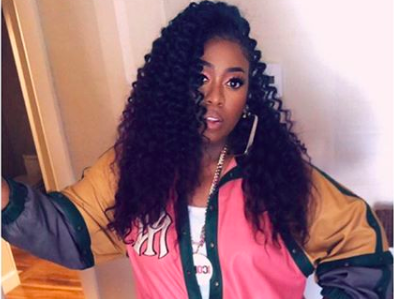 This week’s installment of Tweets Is Watching includes Missy Elliot plotting her return and Kanye West’s friendship with Elon Musk.

Missy Elliot Is Ready To Return

For so long I was hesitant to put out music in fear no 1 would get it because people said music has changed & my sound been so different but NOW IM LIKE hey??‍♀️ bump it make music that feels good to me?let me Get y’all asses dancing again?? pic.twitter.com/Q8Mahlrxws

On Monday (October 1), Missy revealed she’s been stalling on releasing music but is ready to give the people some new work.

Sharing on socials isn’t checking phone mid song…that’s me being a performer & camera man showing the world how Awesome Australia is…I wanted the world to see Australia from my point of view…& that POV is awesome & lovely…sorry if I offended anyone by sharing my love https://t.co/kLeUtOenmF

The Black Eyed Peas vet faced some backlash for appearing to check his phone during a performance but explained he simply wanted to take a photo.

THE EARTH IS FLAT

The Gucci Gang rapper is apparently also a scientist.

I had a couple hrs 2 kill so I wanted to practice. I liked Wayne & Kdots Mona Lisa so i wanted to flip it but use a different painting so I took davincis the last supper & put a story to it that reads left to right. If u listen to the song while looking at the painting you’ll see pic.twitter.com/6QE60QDEob

YE jumped up on a table and shared some words supporting Elon Musk while giving a speech at a Detroit art school.

Oh sis this has nothing to do with me , or iggy really …. it's just the people that put the tour together was a unorganized and keep changing the plans that was in the contract so I just called out …. so once again you can grab a refund or go see the lady's show out ? https://t.co/W4IArNQC6S

Looks like Iggy Azalea will be hitting the road without CupcakKe.

Jaden Smith is set to release a new project next month titled The Sunset Tapes: A Cool Tape Story. The album arrives on November 17.